March 27, 2009 at 4:51 PM
comment
Mizzou's win last night over Memphis combined all the ingredients for a March Madness special.
A three-quarter court shot at the buzzer? Check.

102 points against the most efficient defense in college basketball? Check.
Yup, the Tigers are officially dancing with Cinderella at this point. 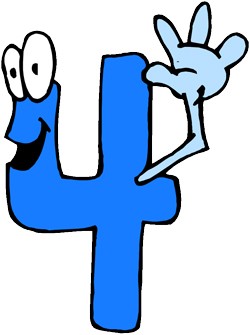 We've already been both optimistic and pessimistic about the MU's bracket-busting chances here on the Rundown, listing 16 reasons why they wouldn't advance past the Sweet 16 and another eight reasons why'd they'd beat those slogan-stealing Memphis Tigers and get where they are today.
The gimmick has worked so far, so let's try it again (that has to be what's going through Mike Anderson's head these last few weeks, right?).
Without further ado: Four reasons Mizzou will upset UConn tomorrow afternoon.
1. Thabeet can be beaten.
The 7' 3" shot-blocking machine (150 swats so far this season) is unarguably the most intimidating post presence in college basketball. He's basically the second coming of Dikembe Mutumbo. That said, Memphis' big men found out how good Leo Lyons is at drawing fouls and he'll be trying to do the force Thabeet out of the game the same way. Also, don't underestimate the way Mizzou's tempo will affect Thabeet's play. Constantly running 94 feet up and down a basketball court has its way of tiring people out, especially giants.
2. Mizzou goes deep.
In their win last night, Mizzou's bench played 58 minutes. On the season, they have nine players who average more than ten minutes a game. UConn, meanwhile, only really goes seven deep. If MU can dictate the pace of the game like they did against Memphis (and in all of their wins this season), expect UConn to run out of gas in the final minutes. Vince Lombardi said it best: "Fatigue makes cowards of us all."
3. Controversy looms at Connecticut.
There's a dark cloud hanging over the UConn locker room, with allegations that a former UConn student-manager turned-agent provided all kinds of off-limits perks for a former UConn recruit. The team and their legendary coach may say they're brushing off the controversy and focusing on the game, but who knows how true that really is. Every chink in the armor helps and this would-be scandal has the makings of a serious dent.
4. The Tigers are on a roll.
This may seem obvious but it can't be understated. Hot streaks are what gets teams to the Final Four, and nearly every Mizzou player is at their peak right now. Anderson called last night's win "the result of the ultimate team game." Everybody is chipping in -- It was Kim English one night, J.T. Tiller the next, and the only question is who it will be tomorrow. The smart money is on DeMarre Carroll -- he's due at this point.