March 26, 2009 at 10:11 AM
comment
Friends, I think you'll all agree that, in general, I'm a pretty positive guy. A ray of sunshine in an otherwise overcast land of --
What? You don't agree with that? You say that I'm bitter, nasty, sarcastic, and rather appalling human being in general?
Alright. Fair enough. That's probably closer to the truth. I am kind of a bastard most of the time. I can't really help it, you know? Just the way things are.
And so, in the spirit of continuing to be a bastard to just about everyone, I would like to relate to you the story of two incredibly dumb things that I heard yesterday.
First off, let me set the scene. I was driving in my car yesterday, and I had tuned my radio to 101.1-FM, the ESPN affiliate. The radio show on at the time was the Parris and Burwell Show. The topic was the Cardinal bullpen; specifically, the fate of Chris Perez.
While talking about Perez likely going down to the minors, and Ryan Franklin likely setting up, Pat Parris uttered the following sentences:

"But that's okay. The Cardinals don't need Perez and (Jason) Motte both. They don't need a fireballer following a fireballer. They need a guy like Franklin coming in ahead of Motte."

Okay, now does everyone see the problem with that line of reasoning? That's right! It doesn't make any sense!
If you have two guys following each other who both throw really hard, that somehow hurts the team. Okay, so let's work this out:
So the premise here is that two guys who both throw really hard shouldn't throw back-to-back, because, what? The hitters will somehow manage to time the fastballs? Problem with that is that the guy pitching the eighth and the guy pitching the ninth shouldn't face the same hitters, unless something goes horribly, horribly wrong. So if the setup guy is throwing 98 and facing the 6-7-8 guys, and the closer throwing 98 is facing 9-1-2, it isn't as if 9-1-2 just got done facing the previous 98 guy. So no, no dice on that argument.
The other problem with this argument is that, again, it just doesn't make any sense. Are you really trying to tell me that the best way to make a good pitcher seem really good is to pitch him after a guy who doesn't have good stuff? That the contrast is somehow what is going to make them effective? Just think of all the innings wasted by the Nasty Boys back in the early '90s! Sure, they composed one of the most dominant and terrifying bullpens in the history of the game, but just think of how much better they could have been, if only one of them had been not a talented young fireballer, but a washed up junkballer! Cincinnati might have had a dynasty on their hands.
Come to think of it, does this also mean that if Perez goes down to Memphis and just dominates, striking out two batters an inning while not allowing a hit for a month, that he should be traded, rather than risk pitching back-to-back with Motte? I can hear the conversation now.

"Well, sure, Chris, you've absolutely been the best reliever in the minors this year. But, we decided you didn't really fit with the organization, so we're trading you to the Indians."

"Did I do something wrong, coach?"

"Well, to be honest, yeah. You know how you just throw the ball past guys? See, we've already got one of those guys, and we just think that one is enough. Cant' have hitters seein' too many pitches they can't hit, after all. You understand, right?"

By this logic, Albert Pujols should only be surrounded by weak, slappy hitters who never take walks; otherwise, pitchers might adjust to facing patient, disciplined hitters who can put the ball over the wall. I mean honestly, think of how much scarier the MV3 would have been if instead of Pujols, Edmonds, and Rolen, it was Pujols, Alex Cora, and Juan Pierre. Sure, they may not have had as many home runs or RBI's, but that doesn't matter. They would have had the power of contrast on their side! 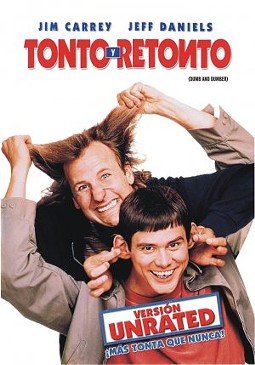 So that was dumb thing number one.
Number two came later in the evening, after I got home and sat down to watch the ballgame through the magic of DVR. The Mad One was doing the game as usual, only he didn't have his normal foil McLaughlin. Instead, he was paired with someone named Bill Brown, who I must admit to being unfamiliar with. (Honestly, I couldn't even recall his name this morning after erasing the game, and had to seek assistance. Thanks to cardsgirl95 over at VEB for the assist.)
Now, I've learned, after many a night spent sobbing quietly over the quality of announcing we in St. Louis are forced to deal with, to just pretty much tune out during the game. I watch, I occasionally follow along online, I sometimes put on Leonard Cohen records. (Not sure why, but baseball always puts me in a Cohen-y sort of mood. Weird, I know.) What I do not do, at least anymore, is listen very closely. Just better for your sanity that way.
But then, sometime in the latter innings of the game, I heard, as if from a far distance, that Brett Wallace was in the game, playing left field. I immediately perked up and began paying attention. Well, this ought to be interesting, I thought.
Only problem was, it wasn't Brett Wallace. Al and Bill decided after a couple minutes of debate that the guy in left probably -- probably! -- wasn't big enough to be Brett Wallace. They then tried to figure out which right-handed pitcher might be playing in the outfield.
Finally, the two came to the conclusion that the man playing left field was, in fact, Shane Robinson. Now, you wouldn't think this would be a huge deal ordinarily, except for the simple fact that they confused Shane Robinson with Brett Wallace. Now, why is that such a big deal?
Shane Robinson is easily the smallest player on the field; he's listed at 5' 9", 165 pounds, but that's as blatant a lie as I've ever seen. He's probably two inches shy of that height, and he might be 165 if covered in ball bearings.
Brett Wallace, on the other hand, is pretty well known by now, I would say, for having been nicknamed the Walrus during his college career. He is listed at 6'2", 235 lbs. Unlike Robinson, that actually seems pretty accurate.
So let's see, Wallace has five full inches on Robinson at their listed sizes, and I would hazard to say it's more like six or seven. By weight, Wallace is, what, seventy pounds heavier? You've got to be kidding me.
I'll give Mr. Brown a pass, seeing as how he isn't a Cardinal broadcaster, but shouldn't Al know these guys, at least enough not to confuse a linebacker and a placekicker? Look, I know that press box is a fair ways away from the field, but certainly not far enough to make that mistake.
And as for not knowing Robinson, he was just the hero of the game on Sunday. KSDK even made a big deal out of naming him the player of the game and only identifying him as Number 90. (And don't even get me started on Jay Randolph. The voice took me right back to childhood when I heard it again, but at some point, Jay seems to have lost a little off his fastball. And by a little I mean he's now the announcing equivalent of Jamie Moyer, only without the control, if you know what I mean.) Seriously, just a couple hours a day, maybe take a look around the ballclub, huh Al? Buddy?
It was a rough day all around. But, I do feel better now that I've got all that off my chest.