View and download documents relating to the disappearance of Christian Ferguson below, and read parts one and two of Kristen Hinman's investigation into the case here:

Vanishing Act, Part 2: Missing since 2003, little Christian Ferguson is almost surely dead. Police think they've fingered the culprit -- and there's nothing they can do about it. (March 26, 2009). 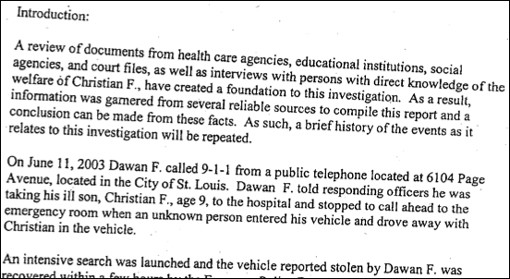 Download the investigative report.
(Links to more files after the jump.) 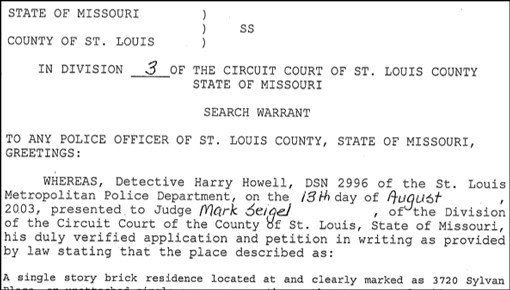