March 23, 2009 at 8:16 AM
comment
Well, the United States is out of the World Baseball Classic. Honestly, I'm not particularly surprised, and you shouldn't be either. What I am surprised by, though, at least a bit, is how little I care.
I really enjoy the whole WBC thing, have both years that it's been played. I particularly love seeing players that I never would have otherwise gotten to see, players from other parts of the world. I have some interest in seeing my home country do well, but I  don't think the United States is going to win this thing any time soon. 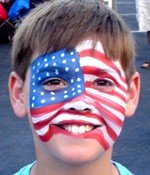 Roy Oswalt was on the mound last night for the US, the same Roy Oswalt that we Cardinal fans shudder at the barest mention of his name -- and he got shelled. He was cruising along, and then the wheels just flat-out fell off. What happened? Well, it's simple: Roy Oswalt is in about his fourth week of spring training.
It's been well documented by now that the players from the Asian teams have been playing for months now. They're in peak form. The Cuban baseball league actually shuts down completely to play the WBC; the Cuban players are in midseason form. Many of the other players from the various Latin nations have been playing in winter ball, and are locked-and-loaded. In fact, pretty much the only players who come in to the WBC cold, with just a couple of weeks training camp to get going, are the players from the United States.
Now, I don't want you to get the wrong idea; I'm not using that as an excuse. But when it comes right down to it, the U.S. players don't prepare the same way that players from these other countries do. They don't start a couple months ahead of time, working their arms into shape. They haven't been playing all winter, going out and performing every single day. The US players don't take the World Baseball Classic nearly as seriously as player from other countries do. Just a fact of life.
I'm sure that plenty of these players do care about the thing; I'm not trying to insinuate that the American players are all unpatriotic or anything like that. But hey, American players get to play in front of their countrymen every day. It's not quite as special to them.
Oh, and also, Davey Johnson couldn't manage his way out of paper fucking bag. Derek Jeter gets into every game, but Jimmy Rollins can't buy time at short? Seriously, how is it that no one in the actual game of baseball seems to know anything about fielding metrics? And don't even get me started on Adam Dunn in right field. By my count, there were four balls hit out that way that should have been caught that turned into hits because of Dunn's defensive awfulness. (On a related note, that's the reason I'm still hoping that Chris Duncan is dealt to an AL team. I just can't bear to watch flailing like that on a nightly basis.)

So hey, the American manager was shitty too. Still, that's the sort of thing that a team can mostly overcome. What they can't overcome is a huge gap in preparation, and as long as that gap remains, none of us should be surprised when the US continues to struggle.
And honestly, I'm okay with that. I've got plenty of major league action to look forward to; for now, I'm just going to enjoy seeing players that I probably won't get to see again for three more years. I'll see Oswalt blowing hitters away soon enough. Until then, bring on Japan and Korea.
And for the love of god, can we not do something about getting that Sugiuchi guy in a Cardinal uni? I love watching that dude pitch.