Wash U. Scientists "Nose" How to Cure Tough Sinus Problem 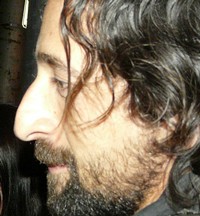 Scientists at Washington University recently published a study showing that steroids can help people suffering from chronic sinusitis -- a persistent inflammation of the nose and sinuses that affects up to 14 percent of people in the United States.

University researchers found that nasal spray containing the steroid corticosteroid budesonide improved the sinus condition of everyone in their study. What's more, the scientist say that the steroid solution appears safe for short-term use.

They did not say, however, whether the steroids could lead to prodigious nose growth and/or strength.

Actor Adrien Brody (pictured) could not be reached for comment.