Cardinals to Particpate in Strange Pitch to Save Earth ... For an Hour 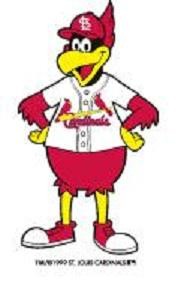 Yesterday I received a curious e-mail about a press conference at Busch Stadium scheduled for 2 p.m. this afternoon. The event sounded so preposterous that I immediately responded to the sender with the query: "Is this for real?"

For those of you who recall when Earth had an entire day and not just an hour, allow me to explain: Earth Hour was started a few years ago in Australia and encourages people around the globe to turn off their lights for an hour to raise awareness for climate change. Apparently it's really caught on, and this year the Cardinals will switch off the lights at Busch Stadium from 8:30 to 9:30 on March 28.

How this will make any difference in the global-warming debate is beyond me, seeing how Busch Stadium has no events scheduled for March 28. A truer commitment to global warming would be if the Cardinals switched off the lights during an actual game. Now that would immediately "raise the awareness" of about 40,000 people left seated in the dark.

Apropos of Nothing Community Sports