Mizzou and SLU: Ending On a Low Note

March 09, 2009 at 2:44 PM
comment
Over the weekend, both the Missouri Tigers and the Billikens of Saint Louis University closed out their regular seasons in ignominious fashion. The Billikens blew a commanding lead en route to a heartbreaking loss, while the Tigers just came out flat against a Texas A&M squad that was as jazzed as I've ever seen a basketball team.

Both Mizzou and SLU seriously hurt themselves with the losses; the Tigers went from looking at a likely three seed in the NCAA Tournament and the possibility of going as high as a two seed to being the third-seed in their own conference tourney, and likely no better than a five.

Of course, Mizzou could always win the Big 12 Tournament and jump right back up into a high seed, but they would have to go through at least one of Oklahoma or Kansas, and possibly both. The Tigers are capable of doing so, I think, but it's a tough road to travel, to say the least.
As for the Billikens, their late-season slide really only highlights how inconsistent the program has been for years now. Things certainly seem to be moving in the right direction under Rick Majerus, but it still seems to be one step forward and two steps back for the SLU basketball program. A couple of years ago, it looked as if SLU was going to move back in to national prominence; they had a center in Ian Vouyoukas who was on professional scouts' radars as a potential future NBA player and a coach in Brad Soderberg who seemingly had the program on the right track. Sadly, Vouyoukas turned out to be a good collegiate player, but not a great one, and Soderberg couldn't get the Billikens up over the hump. 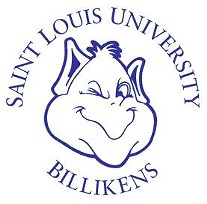 Both Missouri and SLU are in long-term rebuilding mode, as they both attempt to regain the sort of prominence they enjoyed in the past. At the very least, though, both programs have to be disappointed that seasons which were so promising, and occasionally so rewarding, had to end on such a sour, ugly note.
At least for Mizzou there is still the comfort of playing in the NCAA Tournament; a good showing there will go a long way toward erasing the memory of the way the regular season ended. (Of course, a bad showing will only reinforce the troubles Mizzou has had on the road or on neutral floors; the Tigers are 5-4 on the road, 2-2 on neutral courts, and 18-0 at home.)

For Saint Louis, though, there won't be any such shot at post-season redemption, barring a miraculous run in the Atlantic 10 Tournament. Most likely, Majerus and his players will get invited to the NIT, win one, maybe two games, then head home for the summer to lick their wounds and wonder what went wrong.
These are two programs still on the rise, two programs moving in the right direction. But at least for one more year, it looks like the final verdict of their respective seasons is once again going to be what might have been.