Who's the Brains Behind a New Web Site Defending Red-Light Cameras? 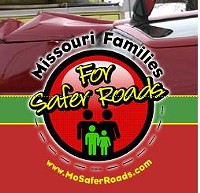 Hazelwood Police Chief Carl Wolf heads the organization, and during last week's press conference Post-Dispatch political reporter Jake Wagman did an admirable job of grilling Wolf about the funding for the group.

After hemming and hawing for a moment, Wolf told Wagman that he and other citizens launched the group with money from their own pockets and have not received any financial support from the companies that operate -- and profit -- from red-light cameras.

That doesn't pass the smell test with several critics of the cameras. Yesterday, Jesse Irwin of the group Missourians Against Red Light Cameras phoned me to call bullshit on Wolf's claims. He and cohort Matthew Hay, who's founded a separate political action committee to ban the cameras in Missouri, recently uncovered that MoSaferRoads.com is hosted on a server located within the the same Arizona zip code as camera company American Traffic Solutions (ATS).

Wolf, meanwhile, tells me that he doesn't know who hosts his organization's Web site.

"We had people in the coalition say we needed a Web site, and they put it together," says Wolf.

The Hazelwood police chief could not provide me with the names of those people, and you can't find their names on the publicly accessible database "WHOIS" to which all Web sites are required by law to provide contact information. Instead, MoSaferRoads.com has hired a third-party company called Domains By Proxy to host the site and hide the personal information of its creators.

Today I called ATS to ask if -- or to what extent -- ATS may be behind Missouri Families for Safer Roads. Company spokesman Josh Weiss maintains that the company appreciates the the agency but has given no money to the group. He also says that ATS does not host or work on the MoSaferRoads.com Web site.

As it turns out, the headquarters of domain registry GoDaddy.com is located just down the street from ATS in Arizona. Records show that MoSaferRoads.com was registered through GoDaddy.com and that the domain registry is affiliated with the Scottsdale-based Domains By Proxy.

So, perhaps, it really is a coincidence that ATS shares the same zip code as the MoSaferRoads.com Web site.

"Yeah," says Matt Hay. "But the question remains: Why do the people who created the site feel they need to hide their identity?"