February 23, 2009 at 1:21 PM
comment
I feel terrible. Just awful. I feel like a complete and total heel.
This past Thursday night, Andy Murray, coach of our very own St. Louis Blues, notched the 300th win of his career, when the Blues beat the Nashville Predators in overtime. Now, that may not seem like the sort of thing that would make a man feel bad, but in this case, it does. I feel bad about this for two reasons.
One, I feel bad because I completely forgot about it. I knew it was number 300, meant to include a note about it at the very least, and then, poof. It was just gone. 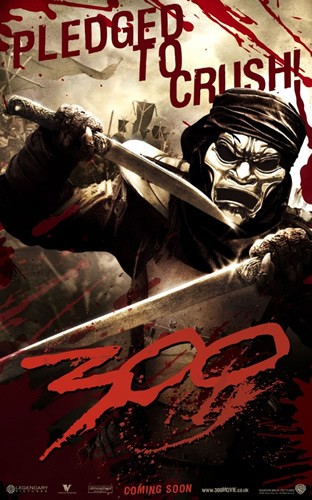 Two, I feel even worse because I can't think of any kind of good title for this column. I've gone over it, again and again in my head, trying to think of a clever reference to the movie "300" and I'm failing pretty miserably. I even considered "This... is... HOCKEY!!!", and let's face it, that's just crap. I mean, that's awful.
So there you have it. I'm four days late on my congratulatory note, and I can't come up with a title that doesn't completely suck. Some days, it just doesn't pay to be me. The only thing that keeps me from really being miserable is the fact that the Blues lost in OT to Nashville on Saturday night, coming out even in their home and home against the Predators. Three-hundred wins is nice and all, but Andy and the boys failed to gain any ground. Fail all around.
So congratulations to coach Murray. Outstanding achievement, and hopefully the first of many more here with the Blues.