Any Ladies Out There Want To Be Pen Pals with a Prisoner?

Evidently, Taylor got his hands on a Riverfront Times from several years back and thought our paper could help land him a pen pal. Taylor writes (in beautiful penmanship) that he got a couple DWIs a few years back that landed him in prison. Since then Taylor's wife has run off with another man and, well, he's getting pretty lonely sitting there in prison all by himself.

So ladies, if any of you are interested in corresponding with Taylor, please comment to this post. Later this week I'll pass along the most worthy submissions to Taylor and the two of you can begin some red-hot pen pal action. 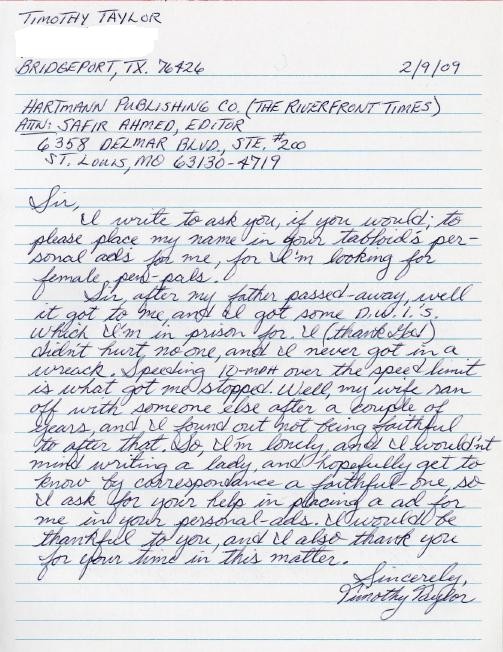