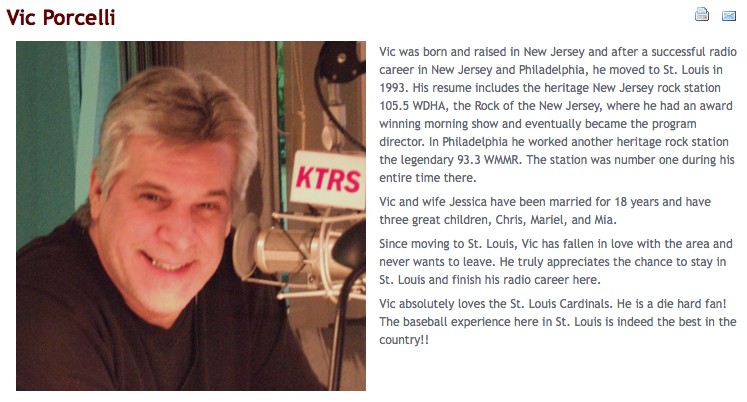 KTRS (the St. Louis Cardinals broadcaster) this morning laid off Vic Porcelli, the co-host of "Morning Fix with Vic & Trish," which aired from 5:30 a.m. to 9 a.m., as well as news reporter Brian Kelly.

The station is going to have to reshuffle its line-up, but general manager Tim Dorsey won't give up the details just yet. Dorsey tells me Cindy Collins (who normally filled in when Porcelli was out) and Trish Gazall will do the early morning show next week; McGraw Milhaven will do his regular 9 - 11:45 a.m. show.