ROBBIE ALOMAR GAVE ME AIDS! and Other Headlines You Thought Were Jokes

February 12, 2009 at 1:08 PM
comment
Oh, for the love of god.
What in the world is happening to the game of baseball? We've got steroid allegations cropping up every day, Bud Selig is somehow making more money that Albert Pujols, and now, of all things, a lawsuit centering on AIDS.
Roberto Alomar, the former major league second basemen who played primarily for the Toronto Blue Jays and Cleveland Indians in his seventeen-year career, is being sued by his ex-girlfriend, Ilya Dall, for allegedly having unprotected sex with her despite allegedly having AIDS.
Interestingly, the suit does not claim that Alomar knew he had AIDS, but only that he should have perhaps suspected it. Why should he have suspected he had AIDS? Because his doctors kept telling him he should probably get tested for AIDS. Stop and let that sink in for a moment. Now, let me go on to tell  you that Alomar continually refused to get tested, telling his doctors, his girlfriend, and pretty much anyone else he met that he did not, in fact, have AIDS.
I'm not a medical expert, by any means, but it seems to me that a bunch of doctors all insisting you get tested for a fatal disease isn't the sort of thing you just ignore. Just my opinion, of course, but still. There is one nice note in this tale: Ms. Dall is HIV-negative at this point, so that's good, at least. 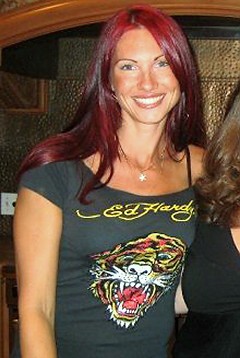 Of course, the story then takes an even weirder turn. Apparently, after developing erectile dysfunction, Alomar confided to Ms. Dall that he was raped by a pair of Mexican men at age seventeen in New Mexico. Sweet Jesus.
Again I ask, what in the hell has happened to my game? I'm not the John Wayne type, by any means, but I have to say, all of this makes me pine for the days when Joe DiMaggio walked into a mental hospital, demanded to see his wife, and walked out with Marilyn Monroe. Period. No fuss, no muss, just Joe taking care of his business. (Of course, if you want to get technical, Joe and Marilyn's marriage ended in the first place at least partially because the Yankee Clipper allegedly smacked Marilyn around, so maybe things sucked then, too. Oh, well.)
It just seems as if there isn't a single thing we can believe in anymore. If it isn't a lie, it's a truth you would rather was a lie.
It's a question that's been asked before, but given the current landscape, I think maybe it's one worth asking again.
Where have you gone, Joe DiMaggio?