February 02, 2009 at 1:07 PM
comment
You know, you hear a lot about what a lousy cable company Comcast is. Pretty much any time you browse a forum of people talking about television, whether it's sports or just general programming, you hear complaints from all quarters about Comcast. Bad reception, poor customer service, lack of HD channels, shitty programming package options, pretty much everything. Basically, as awful as Charter is, Comcast is much, much worse.
Well, Comcast is trying to make it all up to its customers.
See, during the Super Bowl, while they should have been broadcasting a replay of a Larry Fitzgerald touchdown, Comcast instead sent out somewhere between 10 and 30 seconds of a porn film.

Apparently, it wasn't anything 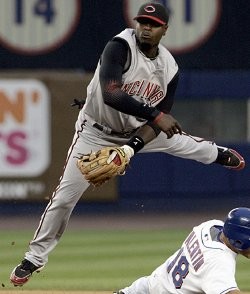