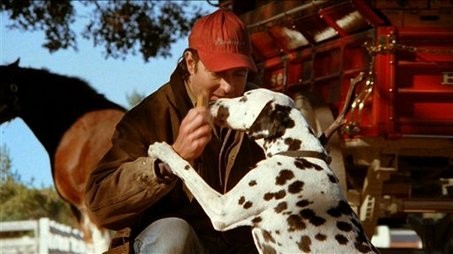 The results are in for USA Today's annual Super Bowl Ad Meter ratings, and for the first time in a decade the winner isn't Anheuser-Busch (or AB InBev, as we affectionately refer to it today).

Also for the first-time ever the best commercial wasn't created by an advertising company. This year's top spot went to a pair of unemployed brothers from Indiana who won a contest to create an ad for Doritos. The advertisement, in which office workers use a crystal ball to ask for wishes, scored an 8.46 on the Ad Meter. Anheuser-Busch placed second and third on the ad index with a pair of their Clydesdale commercials (above).

The Bud Light ad with Conan O'Brien, meanwhile, ranked in the top 20 with a 7.25 Ad Meter rating, proving once and for all that the viewers who rank these commercials are complete idiots. No offense, Conan ol' Bud, but that commercial was just terrible. I rank it dead last.