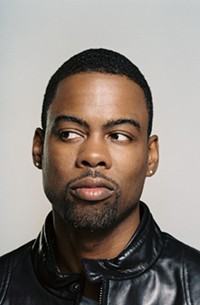 Have you heard about Chris Rock's new movie, the documentary on African-American coiffure titled Good Hair?

Rock got the idea for the film a few years back when his daughter complained to him about her kinky hair. The comedian was so baffled by his daughter's complaint that he set out to examine the money and politics behind the African-American beauty industry, which is said to take in a whopping $9 billion a year.

Along the way, Rock (who admits wearing a Jheri curl while in his teens) talked to folks like the Rev. Al Sharpton and poet Maya Angelou about their hairdos.

I'm mentioning all this because I'm curious if Rock's research took him to St. Louis, home to haircare pioneer Annie Malone.

In the early 1900s Malone patented the first "hot comb" at a time when many black women were using damaging goose fat and heavy oils to straighten their curls. Malone ended up making a mint peddling her haircare products and in 1917 founded Poro College in St. Louis, the nation's first educational institution dedicated to the study and teaching of black cosmetology.