Political Change Comes to St. Louis, One Street Sign at a Time 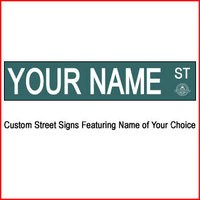 Barack Obama's message of "change" has not been lost on St. Louis City aldermen. Though one might question if the aldermen's interpretation is the change we need.

In the past two months city aldermen have proposed, by my count, the changing of at least six street names in St. Louis. At tomorrow's board meeting they'll consider for final passage the most ballyhooed of those changes, a bill to designate parts of Delmar Boulevard as "Barack Obama Boulevard."

Fine enough. But the others?

Can anyone out there tell me why parts of Eleventh Sreet should now be called "Barbara Abeln Street" or why Howard Street should become known as "Jeff Patel Street"?

Other changes include designating:
Yes St. Louis, change is coming. So much so that we could soon have no idea where we're headed.