Media To Governor Jay Nixon: Can You Hear Us Now? 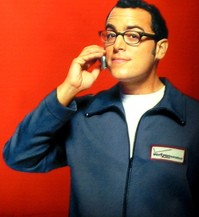 As attorney general, Jay Nixon championed the "No Call List" banning telephone solicitors from ringing homes and businesses. On his second day as governor, Nixon upped the ante: Attempting to ban cell phones during his first press conference.

The Kansas City Star reports that it didn't go well. Apparently the ink-stained wretches in Jefferson City protested loudly against the ban and threatened to boycott the meeting. Nixon aide Scott Holste interceded saying that the cell phones were being taken for "security reasons" even though other administrations have never been concerned with the devices.

When reporters continued to protest, the governor's office allowed them to enter the room provided they turned their cell phones off. Nixon communications director Jack Cardetti later explained that the governor simply wanted everyone's undivided attention. Reporters will be allowed to take their cell phones to future press conferences.