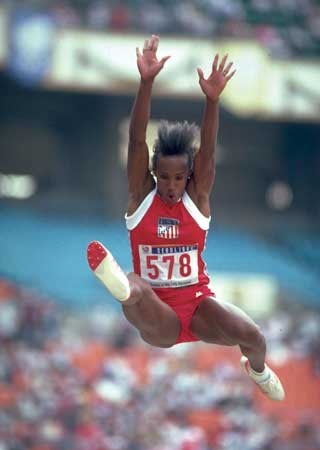 "Besides the $457,000 in consulting fees passed between the two foundations, financial statements for the Jackie Joyner-Kersee Foundation show:

• Robert Kersee received a salary of $47,154 as president of his wife's foundation in 2001. A report stated that Kersee worked an average of two hours per week as president.

• A payment of $33,000 in 2007 in consulting fees to a private, for-profit business owned by Robert Kersee, even though the corporate status of the business, Track, Court and Field Inc., was revoked in 2004, according to the Missouri secretary of state.

• The foundation paid $149,000 from 2005-07 to a business owned by the sister of Nino Fennoy, treasurer of the Jackie Joyner-Kersee Foundation and Joyner-Kersee's high school track coach. The money paid to the Fennoy Group of Fairview Heights was for human resources consulting.

• As of Dec. 31, 2007, the foundation owed $197,174 to Heptathlon Inc., listed on the foundation's annual report as a company owned by a relative of a foundation board member who was not identified, and an additional $48,000 to Track, Court and Field, even though the latter company no longer was registered as a business in Missouri. Missouri incorporation records for Heptathlon Inc. do not list the owners' names.ing to public tax documents.

There are a lot of rackets on the Eastside, let's hope the supposedly not-for-profit youth athletics center operated by the city's most celebrated athlete is not one of them.
Robert Kersee, also Jackie's coach, also guided East St. Louis' latest Olympic gold medalist, hurdler Dawn Harper.