January 12, 2009 at 5:04 PM
comment
If you haven't been following the saga of Belleville native and former East St. Louis high school star Darius Miles and his crazy labor dispute with his former team the Portland Trailblazers, you might want to start now.
Last week the Blazers front office sent out a blustery e-mail threatening to sue any team that signed Miles.
Here's the full text of said e-mail:

"Please be aware that if a team engages in such conduct, the Portland Trail Blazers will take all necessary steps to safeguard its rights, including, without limitation, litigation."

Turns out if Miles suits up for just two games with another team the Blazers will be on the hook for $18 million for the NBA's luxury tax, money that is divided among the rest of the league's teams. That's enough to buy at least a few dozen models of Darius' sweet ride: 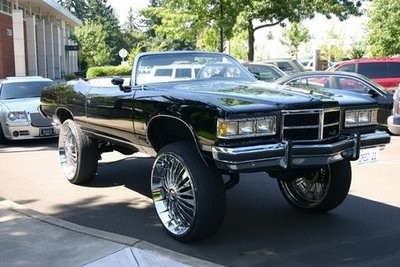 On Saturday, Memphis signed Miles to a ten day contract.
Miles, you may recall, was one of the first NBA players to jump straight to the NBA out of college in 2000, along with Kevin Garnett. He failed to get a qualifying SAT score to enter St. John's, where he had a scholarship waiting for him.
After stints with the Clippers, Cavaliers, Blazers, Celtics and Grizzlies, Miles gained a reputation as a phenomenal athlete with a ten cent brain. He once scored 47 points in a game for the Blazers but also got into a shouting match with his coach Mo Cheeks in which he reportedly said something along the lines of, "I don't care if this team loses its next 20 games." (The direct quote was probably a bit more colorful.)
He also invented the most imitated post-dunk celebration of the early 2000's, the head bop. Seen here, along with a snippet of good ol' fashioned southern Illinois mushmouth gibberish.
Recently he's battled a barrage of injuries, one of which was thought to be career ending. That's what got him and his $18 million off of the books for the Blazers. Now that his comeback is imminent, it's only a question of how much the threatened legal action is posturing from Portland.
Honestly, I'm rooting for Darius to make it. He's neck and neck right now with Larry Hughes as the best NBA player ever from the St. Louis area. Talk about dubious honor. As long as those two are in the league, snarky bloggers will never run out of punchlines.