Like Wearing Dark Suits and Sunglasses? The FBI is Hiring 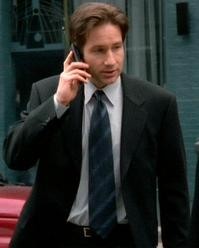 Sadly for those aspiring to work the bank robbery cases in St. Louis, only five positions will be added to the St. Louis office, 2222 Market Street, says special agent Billy Cox.

And none of those positions needed here in St. Louis are the of the special agent kind. Nationwide, the FBI is hiring 2,100 support positions (secretaries to IT to mechanics) and 850 agents.

In the midst of a recession and with projections of a glum first quarter, Cox admits that even the FBI isn't recession-proof.

After all, massive layoffs have an effect on taxes, which affect congressional budgets, which determine the budgets of federal agencies.

Until then, the agency is beefing up for what could be a wild 2009.

"In law enforcement, sometimes as the economy worsens, the crime rate goes up," he says.