Spike in Murders in St. Louis Contradicts Drops in Other "Dangerous" Cities 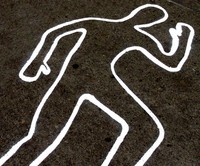 Across the state, Kansas City also saw a surge in murders with homicides increasing from 94 in 2007 to 126 last year. Yet despite reports suggesting that an increase in killings is to be expected during these tough economic times, many U.S. cities actually saw homicides drop last year.
Most notable was Milwaukee, where homicides dropped 32 percent, from 105 in 2007 to 71 in 2008. This past weekend the Associated Press reported that unofficial crime figures for 25 major U.S. cities show that murders actually declined in fifteen of those municipalities in 2008. Among the cities that saw double-digit declines in homicides were Detroit (which edged out St. Louis in 2007 as "America's Most Dangerous City"), Baltimore, Cleveland and Philadelphia.

Milwaukee was also exceptional in that it saw the murder rates of black men between the ages of fifteen and 29 drop nearly two-thirds last year, from 54 in 2007 to 19 in 2008. That trend contradicts a recent study that found the number of homicides involving black male juveniles as victimes has increased 31 percent nationwide between 2002 and 2007.