January 05, 2009 at 12:40 PM
comment
Ah, January. Bringer of frigid temperatures, NFL playoff games, and suicides by the bucketful.
The holiday season is officially over. Christmas has come and gone, and the New Year has been rung. Truly, these are the darkest days of all for the retail industry. Thus, one other thing always comes with January: sales.

For bargain shoppers, January is a holy time, second only to the period between 4 to 6 a.m. on Black Friday. January is the time when all of the merchandise that didn't get bought during the Christmas season is just sitting around, and retailers begin doing whatever they can to get it moved, taking huge discounts just to find a home for their products.
It's the same in the baseball world. Every year, all the free agents who haven't found a home yet begin to scramble, just a little bit, to try and find a home. The closer you get to spring training, the deeper the discounts get. Of course, at a certain point, the crappiness of the merchandise overpowers the awesomeness of the discount, but hey, such is life.
And so, as you venture out into the world and consider that set of Noritake china with only seven cups and the saucer with the big crack in it, take a look over to your left. Chances are, you might just see the Cardinals poring over some of the same slightly iffy merchandise. 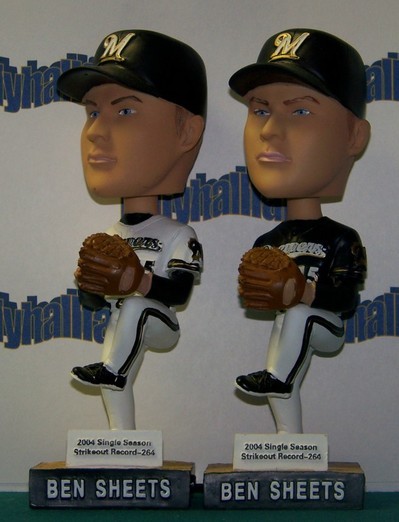 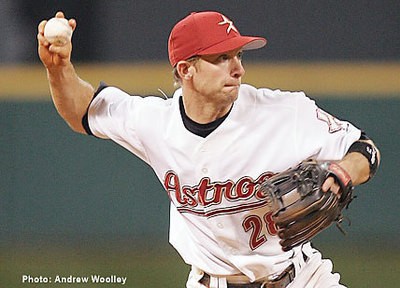 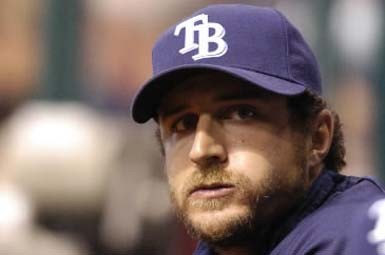 Rocco Baldelli, OF: Ha! Bet you didn't see that one coming, did you?
Of course, there's really no reason why you would see that coming. I've specifically tried to limit my list to positions that the Cardinals actually have some need at, so why am I now trying to bring in another outfielder?
Well, to be completely honest, mostly because Rocco Baldelli just happens to be one of my favorite players. When he came up with the then Devil Rays, Baldelli looked like the second coming of Joe Dimaggio. Then, of course, the injuries started piling up. Never anything serious, but always just a little pull of a quad here, or a sore hammy there. All of that culminated in Baldelli being diagnosed in 2007 with a rare mitochondrial disorder that prevents his body from properly producing energy. Suddenly, the muscle problems all made sense: his body was basically starving all the time.
Baldelli was out almost all of 2007 and '08, as he and his doctors worked to get the disorder under control. He came back down the stretch for the Rays last season and played pretty well, but was protected a bit in his usage. Again, why am I listing this guy?
Because, apart from him being a personal favorite, the talent that Rocco Baldelli possesses  is immense. He also happens to be only 27 years old. (Hard to believe, I know, because he's been around so long already.)
Right now, the Cardinals have an absolute logjam in the outfield. There are, by my count, about seven or eight outfielders competing for five spots right now. However, that surplus also means that any deals the Cards make would likely involve one or more of their flycatchers. If that surplus leads to a couple of deals, then suddenly a fourth or fifth outfield spot just may be available. A guy like Baldelli would be low risk, and if he can prove to be healthy enough to carry a full load, the upside is certainly still there for him to be a star.
Bottom line, if bringing in Baldelli would be at the expense of a guy like, say, a Joe Mather or Brian Barton, then no thanks. We'll be okay with what we've got. But if a couple of those type players suddenly find themselves heading to other organizations between now and spring training, then Baldelli might just be an intriguing option. He's got the glove to be a solid fourth outfielder, and his bat is only a question because it's been in storage for so long. I would certainly prefer seeing Baldelli patrolling the outfield a couple times a week to watching Chris Duncan windmill into the walls again.
Plus, Rocco Baldelli is probably one of the four or five greatest baseball names ever. And you just can't put a price tag on that.
- Aaron Schafer