What to Watch for Tonight as We Remember the Alamo

December 29, 2008 at 1:21 PM
comment
Tonight, our beloved Missouri Tigers will take on Northwestern University in the prestigious Alamo Bowl. Well, okay, not "prestigious" in the typical sense. But definitely prestigious in the way that, um, well, um, huh. Maybe prestigious isn't the best word in any sense of it.
At any rate, they will be playing. And I'll be watching. Maybe you will be too. 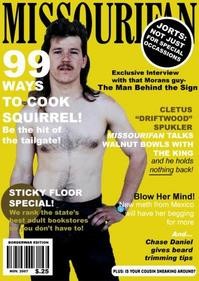 The team that we've watched the last couple of years is largely composed of players who will play their last collegiate game tonight. For better or for worse (most likely for worse), this Tiger team is over. Let's hope they can go out on a high note. 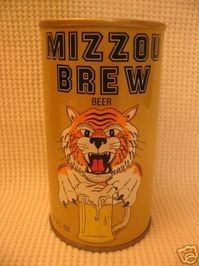 Playing for Pride: Last year, Mizzou came into the Orange Bowl against the University of Arkansas pissed off. They had been passed over for an at-large BCS bowl bid, while Kansas, whom Mizzou blew out of the water, made it in somehow. The Tigers treated it as a personal slight, an affront to their honor as competitors. The result was an absolute drubbing of Arkansas, a statement to the rest of college football that they made a mistake in overlooking Mizzou.
This year, the Tigers aren't in quite the same position. They made their own bed this season. Losing to a lesser Kansas team. Losing to an Oklahoma State team that I honestly believe they should have been able to take down. Oklahoma just ate them alive. So do the Tigers have a right to feel slighted this year? Well, honestly, no.

They deserve to be right where they are. At the same time, though, this team is better than the Alamo Bowl. No offense to the good folks who put this thing together, or to Northwestern University, but the Tigers shouldn't have been anywhere near the Alamo Bowl this year. The question is whether or not they can treat this the way they should. If this team comes out with the kind of rage they should feel at having backslid so dramatically this season, then things could get ugly for the Wildcats. If not, well, we've already seen what happens when this Tiger team doesn't play up to their talent. In fact, we've seen it several times this year.
- Aaron Schafer