December 20, 2008 at 12:34 PM
comment
Well, the Cardinals signed someone. A left-handed reliever, to be exact. No, not Fuentes. I know, it's not nice to tease. Personally, I'm thankful it isn't Fuentes anyway.
I've been personally stumping for Ben Sheets, or maybe making an offer to Randy Johnson to try and lure him to St. Louis to get his 300th win and 5,000th strikeout in a Redbird uni. Sadly, I think Johnson prefers to stay with a team that has spring training in Arizona, and the Cards just don't seem too very interested in Sheets. Why, I have no idea. Unfortunately, this new player isn't one of those guys, either.
But anyway, at least we now have another player to compete for a spot in the bullpen in spring training, right? Right. Hey, at least the guy's left handed.
So who is this mystery man? Well, his name Katsuhiko Maekawa, and he has an, um, well, an interesting past.
See, Maekawa-san (I believe that should be correct; we always change the order of the surname and proper here in America, so Maekawa should be his surname), was a high draft pick back in 1997 by the Kintestu Buffalo, but has since had trouble with the law, in the form of an arrest for a drunk driving accident, the immigration authorities, who refused to grant him a work visa when he signed with the Washington Nationals last season, and his own performance, as his numbers have been pedestrian, to say the least.
Even so, with all of those negatives going, I'm a fan of this signing. Not because I expect this guy to make any real sort of impact on the Cardinals, either in 2009 or beyond that, but because he's Japanese. See, the Cards haven't signed a Japanese player (or any Pacific Rim talent, really), since So Taguchi, and that was the better part of a decade ago.

There are plenty of talented players in the NPB (the Japanese major leagues), and the Cardinals need to be players for them. These are players who don't cost you draft picks to sign, have the track record that the Cardinals are so enamored of, and can step right in and contribute. If signing a player such as Maekawa gets their foot in the door, awesome. Totally worth it, even if he never pitches an inning for the Cards.
Speaking of talented Japanese pitchers coming to America in 2009, the two bigger names on the market this year, Kenshin Kawakami and Koji Uehara, would both be excellent fits for the Cardinals. Both were first mentioned as possible imports back in the summer, and I thought Kenshin was intriguing then, based on what little info I could find. (I neither speak nor read Japanese, so researching players from the NPB is a little tough.)
Not too long ago, Erik Manning over at Future Redbirds put up a nice post about the two of them, with video of each. I have to say, after seeing them both pitch on video a bit more, I really, really like Kawakami. Uehara seems pretty solid and all, but there are some issues with him, and I just don't think his stuff is quite as good. Kawakami has a really nice curve, of the big, slow variety, and just an absolutely filthy little cutter. 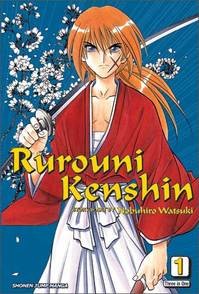 I'm not sure exactly what either of these pitchers would be looking for, but I think that Kawakami, in particular, would be a gamble well worth taking. He's very talented, has been durable in his career, and has good enough stuff to make the transition with aplomb, I would think.

I have to look at the market, and I just don't see a whole lot of better options. I certainly think Kawakami (and yes, I realize that the picture to the left here is not the correct Kenshin, but that's the only other one I know of, and also kind of how I picture the player in my head), would likely pitch better than someone like Jon Garland, whom I have already publicly decried, and I doubt would even be as expensive as one of those pitchers.
Chuck over at Viva El Birdos has a little blurb this morning about the Cards' forays into the Japanese market, and he happens to agree with me too; the Cardinals need to establish themselves as real players in the overseas markets if they want to stay on top of the talent. Just too many talented players that will be looking to come over to America in the coming years to not at least have the Cardinal name out there as a known potential landing spot.
So, to review: signing Maekawa, good. It's creative, if nothing else, and gets a Japanese player into the Cardinal system, at the very least.
Going after one of the other Japanese pitchers would be even better, though, Kawakami especially, I think. The Cardinals are thin in the rotation, and he would represent both depth and an upgrade qualitatively over El Pinata. The Cardinals seem hesitant to go after Ben Sheets, possibly because they think his price tag might be excessive. Well, Kawakami represents an option that won't break the bank nearly as much as Sheets. A big name Japanese star comes to the Cardinals, establishing them in the market. And he won't even cost you your first round draft pick the way that so many of the other players on the market will.
In my eyes, that's a win/win/win/win/win proposition. I still would love to see Sheets in Cardinal red, but the more that I look at what Kawakami would bring to the table, the more I'm becoming a fan of this type of signing.
- Aaron Schafer