When Unreal stumbled out of bed, picked up copy of Tuesday's Post-Dispatch and flipped to the Metro section, it took a few seconds to wrap our puny little brain around this headline:

"Floyd Irons is out of prison, back to basics -- helping kids." 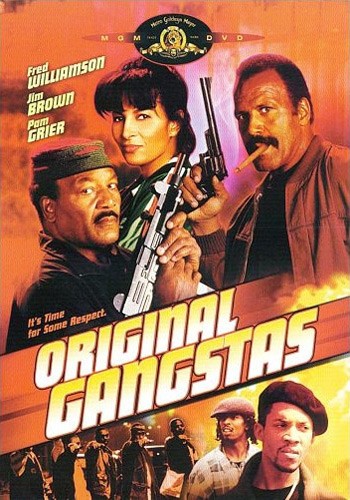 For clarification, we consulted the street-savvy folks at UrbanDictionary.com and found that OG generally stands for Original Gantsta, i.e.:

"Someone who has been around, old school gangster.

The real-life definition of a street-level mentality; no remorse or concessions for
a person's (or group's) behavior associated with violence, sex and crime.

A way of life, of sorts, that doesn't provide explanations or apologies because this is the 'reality' of aforementioned subjects."

They were even kind enough to use the word in sentence: "That motherfucker is straight O.G -- look at the way he took that bitch ass XXXXX out."

Perhaps Sylvester Brown had no clue of the connotations of the term "OG." Or maybe "old guy" Irons has retained his innocence despite his time behind bars.

Or perchance -- and Unreal prefers this scenario -- we're all a little confused and OG actually stands for "Onscreen Goddess: someone who has attained a high level of achievement in Power Point 2007," as one Urban Dictionary alternate definition informs us.

Yup, that must have been it.