December 01, 2008 at 5:18 PM
comment
We know how much you love St. Louis. We know you love it so much you would never, ever want to leave, even though gas prices have gone down which makes an out-of-town excursion more feasible than it was a couple of months ago. Leave the mid-winter snow and the late-winter slush? Never!

But that evil Megabus is trying its darnedest to test your resolve. Between January 14 and March 18, the discount bus line will be giving away 100,000 free seats. They are doing this out of love for the environment, not just because they want more customers. (Ahem.) Remember to type in the promotional code "greenbus" when you book your ticket.

A few caveats (because I've actually ridden the Megabus and it's winter now and I'm a little short on optimism):

From St. Louis, Megabus only travels to Kansas City, Columbia, Chicago and Normal, Illinois. But really, where else would St. Louisans need to go?

The experience of boarding the Megabus resembles accounts of getting aboard trains in India. You wait in an unmarked area outside Union Station. (You can confirm you are in the right place by asking other passengers. It's one way of starting a beautiful friendship.) When the bus arrives, you join a stampede to the front door, brandishing your ticket confirmation number. Eventually, the crush will force you aboard the bus, sort of the same way a watermelon seed goes flying in unpredictable directions if you squeeze it between your fingers.

Once you climb the stairs, a cranky Megabus employee will check your confirmation number off a long list while you struggle to maintain your balance, which is not always easy if you are perched at the top of the stairs with luggage in one hand, paper in the other and 50 people shoving your from behind. However, unlike in those accounts of train travel in India, there are always enough seats and no one has to stand.

If you are exceptionally tall or exceptionally wide, you will have a difficult time fitting into your seat and if you lean back or overflow, you will really piss off those sitting around you. If you are exceptionally tall or exceptionally wide, for God's sake, get to the bus stop early to insure that you will get to sit in the front or have two seats to yourself. People will be far more understanding than they would if you are the last person to board and jam them up against the window with their elbows pressed against their rib cage and they have to sit that way for five hours. (Not that I speak from experience or anything.)

Megabus coaches are said to have WiFi. I have yet to experience this for myself, so I cannot report if it is reliable WiFi. No word on electrical outlets, either, which leads one to believe that there are none. 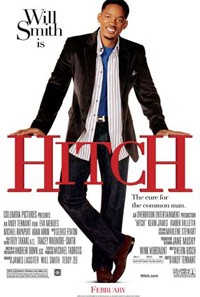 Megabus coaches also have video, but no individual ear plugs, so if the majority of the bus wants to watch Hitch, you will hear Hitch, too, whether you can see it or not. It makes you realize what a brilliant invention the iPod really was.

The first time I rode the Megabus, our driver hit a parked car less than two minutes into the journey. We stopped for 40 minutes while the driver pulled out his Megabus manual and called the police. On the bright side, the incident did lead to a certain amount of esprit de corps among the passengers and we all cheered the driver enthusiastically once the bus got underway. (I have not done an exhaustive study, but I believe this was an isolated incident - the accident, I mean, not the applause.)

There is no food aboard Megabus. Though if you are familiar with Amtrak cuisine, that is not such a bad thing, especially since, at least on the Chicago run, the bus stops in Funk's Grove, where there is a Stuckey's, a Subway and a McDonald's.

But, hey, you say, stop whining, it's free! Yes, you're right, it is, just as long as you book your ticket early enough to snag one of those free seats. And abandon all hope of traveling on the weekend. Sometimes you do get exactly what you pay for.