After a hectic day of food, football, travel, family, and family-related headaches, it's easy to overlook the real reason that we celebrate Thanksgiving. It's not because of some silly myth about pilgrims and it's not just another excuse for one more gorging holiday meal. It is, quite literally, about the people and things that help you make it through the year.

On Wednesday, I joined the leaders of the St. Louis health and social services group Acción Social Communitaria, as they dined with about a dozen Hispanic families at Taqueria El Torito on Cherokee Street. 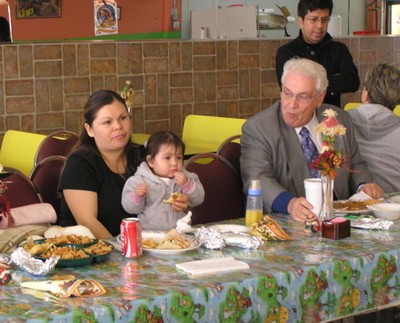 Even though there wasn't a turkey in sight (the main dish was Bistec a la Mexicana, Mexican flank steak, served with rice and refried beans), it was truly humbling and the perfect example of what the holiday is all about. The meal was followed by a presentation by one of the organization's social workers on how to improve their kids' performance in school and better interact with teachers and tutors who often don't speak Spanish or understand the differences in Hispanic culture. 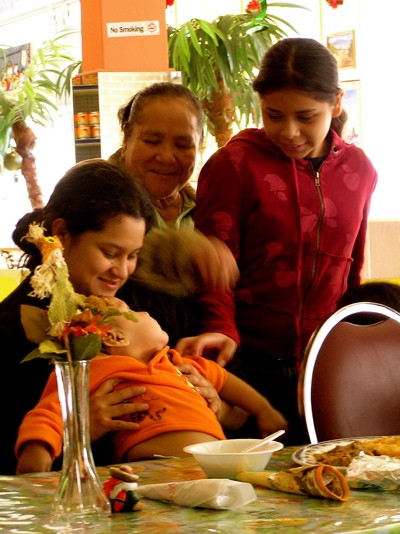 Topics included everything from the importance of a healthy breakfast to how the parents go about making sure their kids' homework gets done. Afterward, Accion Social held a drawing in which a Thanksgiving turkey and a TV were given away to two of the families. The meal and presentation were a kick off of sorts for a new campaign by Accíon Social to help keep minority students in school all the way through college.

Earlier this month, Dr. William Chingoli, director of Acción Social, joined a number of key figures in the education world (including the governors of five states, the secretary of education, and the heads of New York and Boston public schools), at the Seattle home of Bill and Melinda Gates (yes, that Bill Gates) for a Gates Foundation-sponsored conference on how to better prepare for and guide minority students through college. 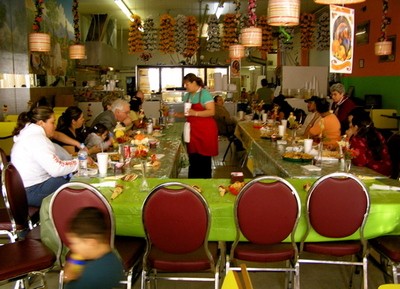 "Part of American culture is that when go to college, you go out from the home and city. They're flying alone. You read about colleges and universities and the problem is that so many minority kids are lost in solitude. It's a tremendous problem," Chignoli says. "We need to work with the community to organize and in between community organizations and the local educational system, we need to support the kids try to keep them in the college."

Chignoli and his organization favor a multi-pronged plan of attack that includes a case management program for families called P.A.D.R.E.S. (Parents Advancing The Readiness of Educational Success) that is "designed to help families understand the educational system, adapt to and investigate their new culture."

"Every month we make home visitations and talk with the parents. Then one time a month we invite them all to an informal meeting for question and answer and talking," Chignoli says. "Tomorrow we try to celebrate with them Thanksgiving." 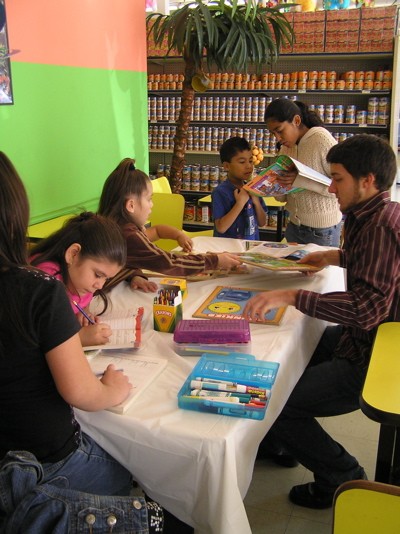 There's also an after-school tutor/mentor program in the works called EAGLES which will connect students from Washington University, Saint Louis University and Webster University with minority children. Chignoli said the tutors will likely start working with kids next month, with weekly meetings to be held at El Torito.

Even though it wasn't the most traditional Thanksgiving meal I've ever been a part of, it was remarkable to see the way that all of the families listened intently to the simple but critical things they can do to improve the lives of their children. And the way that they were truly thankful for the meal, conversation, and company was enough to make any Thanksgiving Day family-related headache disappear like a perfectly prepared drumstick on a Holiday dinner table.