November 24, 2008 at 1:07 PM
comment
He was hyped by optimistic, shortsighted pundits as the "2008 fantasy football sleeper at wide receiver," now the promising fantasy career of Rams rookie Donnie Avery has officially flamed out.

It was a brief, meteoric rise to prominence that lasted just five weeks before ending with a whimper yesterday against the Chicago Bears.
Avery, the first wide receiver picked in the '08 draft, created buzz as early as training camp, where his 4.2 speed in the 40-yard dash had many prognosticators picking him as one of the most promising rookie pass catchers. 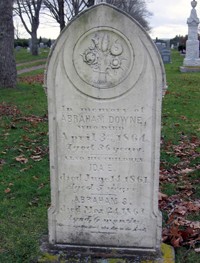 Of course Avery, like every other part of the Rams offense, did absolutely nothing in the first few games of the season.

Then, after head coach Scott Linehan was fired, he caught fire. He scored touchdowns in consecutive weeks and single-handedly revived the robot dance as an endzone celebration. At his peak, more than 44 percent of Yahoo! Fantasy Football users had added Avery to their rosters and he outscored Randy Moss when the two faced off. ESPN's fantasy guru Matthew Berry even jumped on the bandwagon.

But other than 94 yards receiving in week 11 (good for 4 points depending on your league's scoring) Avery has been AWOL.

Now, with the way the Rams have played the last five weeks, no sign help from Steven Jackson and the running game, and definitely no quarterback to speak of, Avery's fantasy value has finally flamed out.

Personally, I dropped him this morning to acquire New York's Amani Toomer.

Avery, 24, had 499 yards receiving with two touchdowns and 56 yards rushing, good for one touchdown. He was the last surviving Rams member with any fantasy value.

In lieu of a memorial service, the Avery Fantasy Owner Family suggests donations be made to the Pick Up Any New England or New York Wide Receiver On Waivers Foundation.