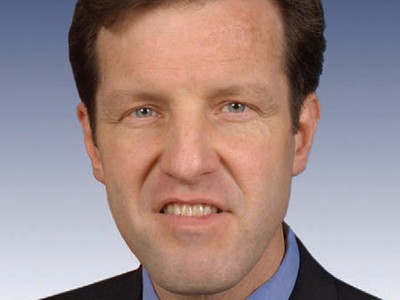 Neighbors observed “TRAITOR” and “PSALM 2” written on one of Carnahan’s cars this morning. St. Louis Metropolitan Police officers right now are canvassing neighbors looking for information about the incident.

Carnahan’s spokesman, Glenn Campbell, was informed of the graffiti by RFT. Campbell promises to update us with more information later.

Carnahan is not the first political target of graffiti attacks this week.

Late Tuesday and early Wednesday, two Minnesota senators and four Minnesota representatives had their homes and garages vandalized with, among other things, “Psalm 2,” according to a story yesterday in the Minneapolis Star-Tribune. A biblical scholar told the newspaper he was not sure of the significance of invoking Psalm 2, which is sometimes referred to as “the coronation psalm” and refers to leaders who risk the wrath of God.

"I took it to a meeting [of biblical scholars] today and we just don't know what to make of it," William Barnes, a professor of Hebrew and the Old Testament at North Central University in Minneapolis, told the Star-Tribune. "It's not something we've commonly seen used in a political context."