Two weeks before Sarah Palin snared the vice-presidential nomination, she was shopping at Out of the Closet, a secondhand shop in Anchorage. So says the Wall Street Journal. 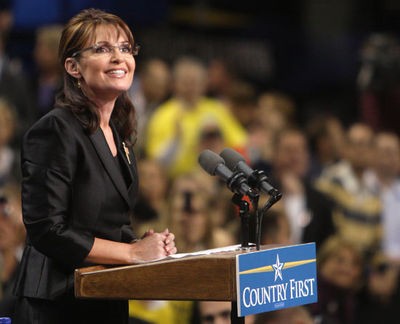 Palin after the debate in St. Louis... Slide Show

But Politico.com today dishes the scoop on Palin's updated look: The Republican National Committee has spent $150,000 to outfit the veep hopeful with stump suits, shoes, jewelry and, presumably, stuff for her family. (Politico reporter Jeanne Cummings told KMOX radio's Charlie Brennan this morning that the RNC racked up expenditures at a men's store and a baby's store, too.)

Politico says Saks Fifth Avenue in St. Louis was one of the beneficiaries, collecting some of a $49,425.74 tab shared with Saks in New York City.