Amid the sauntering models and flashy St. Louis Fashion Week attendees Tuesday night at the Contemporary Art Museum, a few people stopped to register to vote.

Art the Vote, an organization seeking to sign up youth and artists alike, set up two tables in the lobby of the museum around 5:45 p.m. They were armed with clipboards and voter registration forms, making a final push to register people before the deadline arrives today.

Sue McCollum, founder and organizer of the group, says they will be reaching out to unregistered voters until 5 p.m. today.

"Young people tend not to register to vote," she explains, citing statistics that show less than half of 18 to 24-year-olds vote compared to their elderly counterparts. "The decisions we make today are going to affect everyone later."

After Wednesday she says Art the Vote will promote showing up to vote at cultural events.

LaDeric McDonald, one of three volunteers on hand last night attempting to register voters, says today they are likely going to visit schools in the morning to register young voters. They will also visit a few Metrolink stations, he said.

Maybe it was the charm of the volunteers, the free American flags or the bowl of plastic “Art the Vote” pins, but whatever the reason, people stopped by to register. The reasons and motivations for the late registration varied.

"I'm kinda on the fence about voting or not. But Palin wants to ban books and I'm not down with that. We can’t have Palin but I like John McCain," Hooks says, explaining that he is leaning toward voting for democratic presidential candidate Barack Obama.

Hooks said another motivation for voting is the fact that Missouri is a swing state, which makes him feel like his vote matters more.

He says he plans on voting first thing in the morning on Election Day before work.

Duffis says he "hasn’t really had the time" to register to vote up until this point. The Saint Louis University senior says there was also some confusion about how the registration process works. "Some friends were telling me to get a card," he said.

Duffis says he is still undecided and isn't leaning in any way toward either candidate.

"I'll probably make up my mind pretty soon," he said, citing the economy and immigration as the issues he cares about most.

Duffis will most likely vote in the morning on election day.

Daniels says the reason he did not register to vote previously is because he "didn’t want to" and never has before. "Everyone says I have to now," he explains.

Does that mean he will vote this year?

"No. But if I was, I would probably vote for someone republican," he says, without elaborating on the issues he cares most about.

Daniels says he is discouraged by the way politicians bash each other and never seem to deliver on their promises. The fact that congress has a lot of power makes the presidential election less meaningful as well, he says.

Daniels says he will most likely vote in the afternoon when he gets off work from his architectural firm. 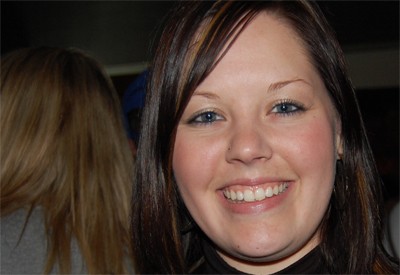 Sang is just changing her address, and voted for John Kerry in the last presidential election. It's probably no surprise then that she is voting for Barack Obama this year.

"I just like him," she says. "I like what he talks about, we need a lot of change. We need something different."

Her late registration is the result of a late move.

Which poses one big problem when it comes to voting... Sang will have to wait until she gets a card in the mail to find out where she is supposed to go. 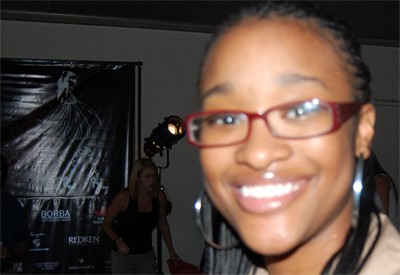 Hampton thinks it is a good time to vote this year because "we have a black man running and McCain running" before correcting herself to say African-American.

"I was procrastinating, I’m sorry," she says, explaining her late registration.

Hampton says she is voting for Obama "because change is good."

The Southern Illinois University Edwardsville student says she will likely vote in the morning before she has to go to class and work at Red Robin.