Last time the RFT caught up with Washington University professor David A. Peters, he had just published a paper with the revolutionary assertion that the design of a baseball diamond gives left-handers an inherent advantage.

This week, Peters, who teaches mechanical and aerospace engineering, again made headlines for his latest science and baseball discovery: diving head-first is faster than sliding with your feet first. We called up Peters to find out the facts on the age-old baseball dispute.

RFT: Do you know the history of the head-first slide? Peters: No, I don't know when it first happened. I know Ty Cobb and them liked to go feet first because of the spikes, but I’d imagine going in headfirst goes back a long time in the game. 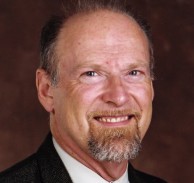 David A. Peters slides head-first.
So, scientifically speaking, why is it faster to dive head-first? With the dynamics of the body, when you leave the ground it's rotating through the air -- whether you're sliding head or feet-first, it pretty much follows the same arc to the base. Now, your center of gravity is somewhere around your hips and waist.

If someone tried to balance you as you were laying flat on a board, that's where the balance point would be. If you slide feet first, your feet are rotating up from that center. If you slide headfirst, because your arms are lighter and longer than your legs, that rotation is faster and you reach the base more quickly.

Is this true at first base too? This is where it gets really interesting. On other bases you have to touch and the base and stay there. On first you don't have to. There, running is faster. Once you leave ground to slide, your legs are not pumping anymore. The only exception is if the first baseman is off bag he'll swipe around and try and tag the runner -- and with a head-first slide, you can avoid that. Some major leaguers swear it's faster to slide into first but the physics don’t back that up.

I guess that old adage that my baseball coach used to spout was true: if head-first into first is faster, why don't Olympic sprinters dive across the finish line? Well, actually in the Olympic trials this year, one American dove through and got third place because of it. But sprinting is a bit different because you don't have to touch a point on the ground, just the air at the finish line. But it seems like if [diving] was better people would be doing it all the time.

There’s also the risk of injury. People have known that for a long time. Yes, it's dangerous; you can injure your arms, fingers, and face. And if you slide feet-first, you can pop up and stop quickly -- head-first you have to grab a hold and not go past the base. But in terms of speed headfirst is definitely faster.

The final argument against headfirst slides that I always heard from my baseball coaches in high school and as a kid was that you had to break your stride and shuffle your feet just a little bit in order to dive headfirst and that slowed you down. Head-first you can actually still run a little bit when you're falling forward to give yourself that last little push. Feet-first, when your feet come up you're done, you're a projectile flying through the air. Now, say you're running ten to fifteen miles per hour, that's about fifteen feet per second. A tenth of a second is about a foot and a half. It doesn't take much at all to a make a difference.

Baseball is a game of inches as they say, and a tenth or hundredth of a second can be several inches.

Now that I think about it my baseball coach wasn't much of a math guy. So what baseball science problem are you going to take a swing at next? This Saturday at 10 a.m. at the St. Louis Science Center, I'm going to be there explaining the science of baseball. The next science of baseball question, the other thing I'm interested in, is the science of probabilities. I think that's the future, there's a lot of research being done. Most teams have computers now that tell them whether to steal or not to steal, do you hit and run or not. What's the probability of scoring a run or what's the probability of a certain pitch being thrown.