Wrongfully convicted of murder in 1985 because of a trial error, Darryl Burton walked free last Friday afternoon from prison in Jefferson City. 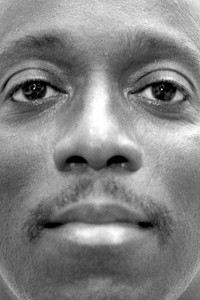 Darryl Burton in 2004
The subject of "Shot in the Arm," a 2004 story in the RFT by Malcolm Gay, Burton has been released from the Jefferson City Correctional Center after 24 years of imprisonment for murder.

Callahan's judgment depended mostly on "Mr. Burton’s compelling showing of actual innocence as well as the violation of due process based on the state's failure to disclose the witness’s lengthy criminal history,” according to a news release distributed by Burton’s attorney.

In 1985, Burton was convicted for the murder of 26-year-old Donald Ball; a shooting at the Amoco gas station on the corner of Goodfellow and Delmar boulevards. The case against him did not include any physical evidence and no motive was offered in the killing.

A story in the Post-Dispatch today says that lawyers on both sides do not believe a man like Burton would be wrongfully imprisoned today, because records of the unreliable witness, Claudex Simmons, were on "scattered slips of paper," instead of stored electronically.

Although two witnesses testified against Burton in court, the extensive criminal history of Simmons came to light in 2005 when, in the act of fleeing police, he crashed into Affton Fire Chief Gerald Buehne and killed him.

Years earlier, Simmons acknowledged he testified against Burton to save himself time in jail.

On August 7, 1985, Burton received a document from witness Claudex Simmons:

"I submitted perjury testimony to gain immunity from the herein-mentioned murder of one Donald Ball."

Cheryl Pilate, who represents Burton in the Olathe, Kansas, law firm Morgan Pilate LLC, says she believes the outcome of the trial would have influenced jurors if Simmon’s background was exposed.

"I think had the jury known it would have been different," Pilate said Tuesday.

In 2006, Burton filed a petition for the writ of habeas corpus in Cole County Circuit Court.

Ed Potaswko, an assistant to Circuit Attorney Jennifer Joyce, told the Post-Dispatch, "the likelihood of a retrial is impractical," with one witness dead and the other an acknowledged liar.