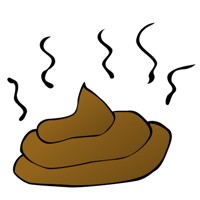 The turd dropped in the form of a 600-word editorial titled "Crime, race and Metrolink," whose writers gave Metro, St. Louis' regional transit agency, a pat on the back for the way it has dealt with a pair of violent July incidents in which several people were seriously assaulted, and a vote of confidence in anticipation of a November 4 half-cent sales tax referendum that pretty much holds the key to Metro's continued survival.

Formalities dispensed with, the authors of the unsigned editorial aimed at RFT:

There is no evidence that the perpetrators of the July 26 incidents or other troublemakers are using MetroLink as their staging ground or means of transit -- despite an irresponsible "exposé" in a local alternative newspaper. On the flimsiest of evidence, the report suggested that thugs and shoplifters are riding MetroLink to the Delmar Loop and the Galleria, giving credence to thinly concealed racist sentiments.

Though the paper is not named, the "'exposé'" in question can't be anything other than Chad Garrison's August 21 feature story "Blood on the Tracks," which delved into recent spikes in teen crime at the Galleria and the Delmar Loop and noted that the increases coincide with the opening of Metro's Shrewsbury extension in 2006.

Don't know about you, but I got a kick out of the use of quotation marks around "exposé," though I'm not sure I understand why they were deployed. Even more entertaining is the patronizing "local alternative newspaper" trope, which appears to be the Post's favored mode of referring to Riverfront Times. Nor did it escape my notice that the "Blogroll" on the Post's online "Platform" editorial forum studiously ignores the existence of RFT, despite the fact that it ranges all the way to Kansas City:

Presumably readers of the Post's "Platform" -- you may recall that's the name they stole out from under an ex-Post-ies' online venture, now retitled the Beacon -- will know how to navigate to the "local alternative newspaper" and make their own judgments about Garrison's story.

Instead of relying on Garrison's "irresponsible" approach of interviewing law-enforcement officials, employees and stakeholders at the Galleria and Delmar Loop, talking to teens on and near MetroLink stops and compiling crime data -- an aggregate apparently also known as "the flimsiest of evidence" -- the Post editorial board parroted statistics provided by MetroLink and cited a six-year-old study of transit-related crime in Los Angeles.

Garrison's reporting raised questions about public transit, crime and race in St. Louis. Since its publication last week, the story has generated more than 70 comments on our website and dozens of letters to the editor, not to mention conversation fodder for numerous local talk-show hosts. Some aspects of the dialogue are ugly and intellectually void. Others are frank, insightful and engaging.

Between now and the November 4 referendum, Riverfront Times will revisit the financial and safety issues that confront Metro.

In the meantime you can sniff the Post's poop here, and you can read Chad Garrison's feature here. -Tom Finkel