You may have heard the 2008 U.S. Olympic basketball team referred to as the "Redeem Team" for its mission to continue the legacy of its predecessor, the Dream Team, and "restore order to the universe" by bringing home a gold medal. 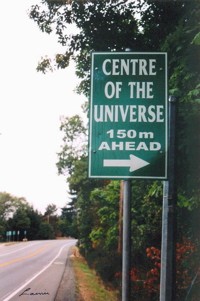 Well, last night RFT Softball fielded its own lowercase redeem team, defeating beer-league powerhouse BS Bar by a score of 5-3 a week after getting steamrolled by the BSers 22-2. The victory, however, doesn't bode well for the order of the universe, as it marks only the second time in three years of University City/Overland rec-league play that RFT managed to beat BS's soused sluggers.

The dream game was like a bizarro version of the nightmarish beatdown that preceded it seven days earlier. When BS led off with a lazy pop fly to left, the first out of the game came precisely twelve batters sooner than it did the week before.

From then on everything went right. Balls that bounced out of RFT gloves last week stayed in (left-center fielder and late-season free-agent acquisition Kevin Strange made a spectacular diving grab for the second out of the game) and bloop hits normally snared by BS found grass. Vice versa happened with the opponents, who seemingly managed to hit every ball right at an RFT player and to throw the ball all over the diamond on defense.

While five runs was by no means an offensive explosion on RFT's part, it was enough to not stink up the joint. K-Strange put the alt-weekly on the board with a legit inside-the-park home run in the third frame, and Tom "Clark Kent" Kavanaugh parlayed a misplay on a deep fly ball into another inside-the-park job that broke a 3-3 tie in the sixth. Matt Underwood then rumbled around the bases following a Tom "Boss Man" Finkel extra-base knock to pad the lead.

On defense, the RFT kept the Keystone Kops antics to a minimum. Ray "Ray" Richards turned in his finest performance of the year in left field by willing, hoping and praying into his glove every ball that came his way. He even doubled up executed a force play on a BS player with a strong throw to third base. Pitcher Kevin "KP" Powers earned temporary bragging rights over his former team by nibbling at the corners of the plate all game long, forcing BS hitters to chase several bad pitches and weakly ground or pop out.

There was much postgame speculation as to the cause of the turnaround. One theory attributes BS's meager output to the gin bucket, a potent pink juice potion, present in the team's dugout. (Indeed, the opposition was clearly not in peak form; one BS hitter was heard wheezing into second base saying, "I need oxygen...or a cigarette...or something.")

Whether the win was fluke or fortune will soon be revealed: RFT and BS meet again in two weeks in the first round of the league playoffs.

Here's hoping the universe, like a broken toilet, remains out of order.