ST. LOUIS -- In a Tuesday night press conference, Tony La Russa announced that he is forming a new organization, known as the Reliever Rescue Foundation. 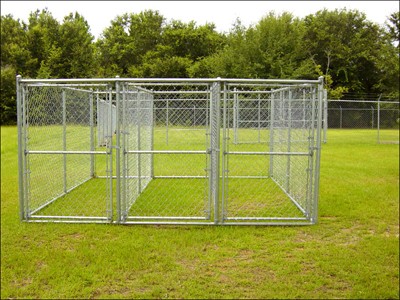 A home for stray relief pitchers.

From his office in the Cardinals' clubhouse, La Russa asked, "Who's gonna help them out? I don't see anyone stepping up."

La Russa then lifted a relief pitcher, a lefty with dark markings and the name Flores on his jersey, up on to his lap.

"Take this guy, for instance," La Russa said as he nuzzled the reliever's ears, "I mean, he hasn't been good since 2005. This is the kind of reliever that just gets thrown out elsewhere. But not here. Not in St. Louis.''

La Russa, long known for his efforts to rescue and place animals through his Animal Rescue Foundation, or ARF, said the new foundation is simply the next logical step.

"You know, everybody loves dogs. Everybody loves cats. But who loves a LOOGY [Left One-Out Guy] that walks two out of three hitters he faces? These guys need our help too."

As much as Cardinals fans may want to, La Russa is a proponent of no-kill shelters for relief pitchers. Here, the now-gruff manager rescues a kee-kee during an A's game in 1990.

The RRF, which plans to push ahead despite the lack of a convenient acronym, will focus largely on placing stray relievers into good bullpens. As an example, La Russa points to the work that he and his staff were able to do with a former stray reliever, Cal Eldred.

"Look at where that guy came from," La Russa said, trying to shoo one of his youngest charges, a locally bred, russet colored right-hander named McClellan, away from a jar of treats.

"[Eldred] wasn't even in a bullpen. He was stuck out on the streets, breaking off curveballs just for spare change from people. That's no kind of life."

La Russa remembers the night he first laid eyes on the burly right-hander.

"I remember, we had sent a couple of scouts out, looking for an arm for the 'pen, and they come back with this guy. He was shivering, all wet and cold, 'cause it was storming that day, you know? They had come across him in an alley, trying to locate a fastball down in the zone behind some trash cans. Well, looking at him trying to get his delivery straight in that kind of weather, they just couldn't leave him out there like that. So they brought him back, and the rest is history."

Just how this new foundation of La Russa's is going to be financed is still a question. There are limited startup funds available, and the kind of state-of-the-art facility La Russa envisions could very well cost several top prospects to establish.

"Well, you know, we've got some great young kids that can help to get this project up and running,'' he said. ''You just gotta be willing to put it all out there, you know?"

At press time, the project's chief financier, John Mozeliak, could not be reached for comment. According to sources familiar with the situation, he was out of town, attempting to procure financing for yet another La Russa project, the Aaron Miles Memorial Foundation, an organization dedicated to finding a cure for Congenital Scrapitis Syndrome, or CSS, and the related, less prevalent Chronic Undersized Gritosis, or CUG.