This past weekend saw the passing of (at least) two former major leaguers: Cardinals backup catcher Dave Ricketts died days after his 73rd birthday, and Yankees third sacker Bobby Murcer died at age 62. Both are remembered as uncommonly classy men.

from, uh, the author's, uh, collection 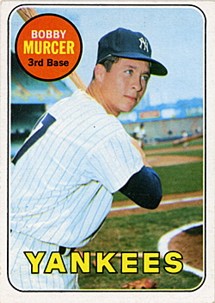 Bobby Murcer, courtesy of Topps 1969 -- when baseball cards smelled like gum. His first full season in the bigs. 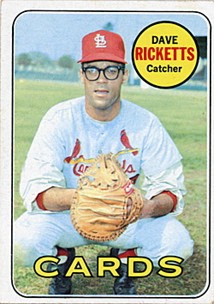 Dave Ricketts in '69. I know what you're thinking. Obviously the guy eventually was able to live this down. Just ask Yadi Molina.
I have only the vaguest recollection of seeing Murcer play, and none whatsoever of Ricketts. Though I grew up in St. Louis, my baseball game-going career didn't heat up at all till the mid-1970s.

Derrick Goold's sweet piece about Ricketts in this morning's St. Louis Post-Dispatch told me more about Ricketts than I'd known, through the prism of the current and former players who benefited from his teaching:

Some called him Dave, most called him Mr. Ricketts, and Yadier Molina, sitting at his locker after the Cardinals' victory Sunday, said he "was like my dad."

"I'm here because of him," Molina said. "He made me into a catcher. I wasn't a catcher when I got here. I learned a lot from him. He was like my dad, there for me since I was 17. He meant so much to me."

[...]"I've never seen a coach who has worked harder for whatever team he's involved with than Dave Ricketts. Ever," [former Pittsburgh Pirates pitcher Steve] Blass said. "Totally dedicated. ... He had a zest for life that was part of his personal life, and, thank goodness, we are better because it spilled over into his professional life.

"He was a bright light in our game."

Here's a link to Bobby Murcer's obit in the New York Times; it'll take you through all the high points -- the pitiless Next Mantle comparisons, the Forever a Yankee Despite Stops in San Francisco and Chicago career trajectory, and, of course, the story of how Murcer stood tall when teammate Thurman Munson died in a plane crash in 1979:

Murcer was traded back to the Yankees in late June 1979 and emerged as a team spokesman six weeks later when the Yankees' star catcher and captain, his longtime friend Thurman Munson, died in the crash of his small plane. Murcer and his wife stayed up all night with Munson's widow, Diana, in the hours before Munson's funeral -- attended by the Yankees, who flew to Canton, Ohio, from New York -- and Murcer delivered a eulogy.

"We all flew back to Yankee Stadium for a game against Baltimore," Murcer recalled in a 1983 article for The Times. "None of us wanted to play, but we did, and I batted in all five runs and we won, 5-4. I never used that bat again. I sent it to Diana."

I saw Murcer play in Yankee Stadium more than once. His ascendance -- and for that matter his descent -- roughly followed the arc of my baseball card-buying obsession: He was a perennial All Star from from '71 to '75 and garnered significant MVP consideration in '71, '72, and '73 -- which says something, given that during all three of those seasons the Yankees were mired in fourth place in the AL East.

My father had grown up in the Bronx, a block away from the House That Will Be Torn Down Just as Soon as MLB and FOX Finish Wringing the Last Drop of Nostalgia Out of the Place, and during much of the time I was growing up, his mother still lived there. 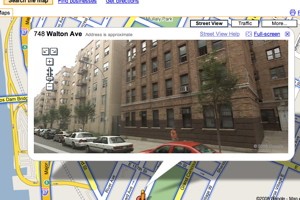 And I never realized just how close! 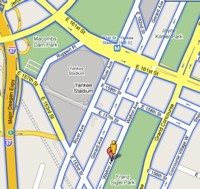 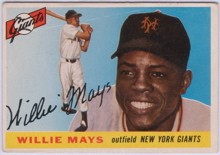 The Say Hey Kid: Not my card. Hell, I'm not that old.
My father wasn't much of a baseball fan -- at least not compared to me. But that comparison's unfair to him. It's true, he was definitely not a Yankee fan. If he rooted for any team, it was the Giants (Polo Grounds era), and he instilled in me at a very early age an abiding admiration for Willie Mays. I did see Mays play, and more than once -- both at Busch II and at Shea, the latter in the very twilight of his career, after he became a Met.

When I was a kid, we spent most of our summers away from St. Louis, thanks to the blessed vicissitudes of the academic calendar. In the late 1960s, that meant Vermont, where we actually lived year-round in '66 and '67 when Dad taught at Bennington College. By the 1970s we were mostly going to Mexico, where my parents had first taken us for a year-long sabbatical in 1972-'73.

In the mid-1970s my grandmother was here in St. Louis, living -- or, more accurately, dying -- at Delmar Gardens nursing home. There had been a fire in her apartment in the Bronx that augured the unmistakable signs of dementia, the same disease that today too slowly kills my father. 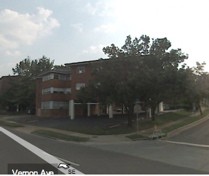 The Delmar Gardens of that era bears no relation to the current posh residences; when my grandmother lived there it was a prototypical (which is to say depressing and smelling of old people's lunch) nursing home of its era, located at the corner of Vernon and Leland avenues not far from our house, and even closer to RFT's present-day HQ. She detested the place, and at least once tried to escape. In those days the solution was to tie you down.

I remember Grandma Meta's apartment on Walton Avenue as a dark shabby space in a dark shabby building with dark shabby hallways and a dark shabby elevator. The kitchen was tiny; my father's old room still had his stuff in it. Later the murky memory of that kitchen would come back to me whenever my father would tell the story of how, in his teens, he'd discovered the joys of diner-griddled hamburgers and how, in an attempt to please him, his mother had tried to duplicate the flavor but failed to get it right because the ground beef she used wasn't of sufficiently bad quality.

On our way east to Vermont in those days, we'd invariably stop for a week or so in New York to visit relatives; the entire extended family, Mom's and Dad's sides, lived there, or thereabouts. On more than on occasion the visit coincided with the annual (at that time) Mayor's Trophy game between the Yankees and the Mets, to which my grandmother, generously, took me. Of course, that event has long been eclipsed by interleague play. I remember, though, being mildly disappointed that the game was a mere exhibition and wouldn't count in the standings.

Grandma Meta died in the late '70s; I can't recall the year. I do hazily remember visiting her with my girlfriend every week during one of her final summers, when I was seventeen or eighteen and my parents -- bless them -- went off to Mexico and left my older sister and me "in charge" here. (For months!) I was unsurpassedly in love, and for the first time in my life. Of course, it ended badly, for me, anyway -- though only in the short term.

Finally, here's a poem of Dad's, from a collection called The Detachable Man:

A QUESTION OF MEMORY

Every morning the doctor with rimless glances asks her for the date.

Forgetting backward she disremembers this morning, then yesterday,

reels in the years, undoing the web of her life from the outside in. Last winter hisses behind her brow, erased.

Caught in her mouth, a memory stirs, the husk of an enormous moth that crumbles at the touch.

Voracious, inconsolable, she wolfs it down, croaks at the doctor, I know your game! and scowls at the wall.

Under her door she can see the days pass in the corridor like empty wheelchairs. An inmate shuffles past,