The Tour de Soulard is off this year. 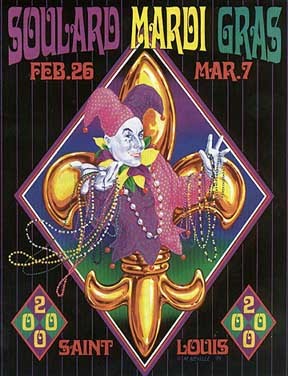 The race is off, for this year at least.

The bike race that closes off streets in the old St. Louis neighborhood for a day each summer has been cancelled this year.

"I think the intention was there to execute the race -- but it’s just a difficult time for (Erhard). Big Shark is willing to put (the race) on -- but in conversation with St. Louis Public Events -- the turn around on permits is too tight."

Erhard posted a message on the STL Biking forum about the race's cancellation here.

The bike race draws cyclists from around the region to the neighborhood each summer. Last summer's event, held on July 15, brought out one of the largest crowds since the race's inception.

While some of the neighborhood's residents griped that they couldn't leave their houses (by car anyway) because the streets were blocked off, life in the drinking quarter of St. Louis is full of such distractions. At least there were plenty of bars open.