But as the crowd roughened, some residents of the adjacent Marquette Building mounted a campaign to close the place down, citing noise and safety issues, as detailed in this April RFT story.

The Dolce Web site? It's been taken down for non-payment.

To get a feel for the place, check out its MySpace page. The picture below, posted on the social networking site, shows the club on a busy night. 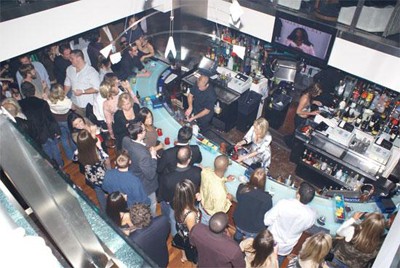 Ultimately it wasn’t the political influence of the big-money Marquette residents that prevailed, but Dolce’s landlord, Behringer Harvard. The Texas-based firm filed a civil lawsuit against the lounge this past spring, seeking eviction. Dolce’s lawyer, Bryan Kaemmerer, says the case was recently settled but a confidentiality agreement prevents him from disclosing the terms.

"I'm not happy with the way that everything turned out, because Dolce’ was a beautiful place and it should’ve been there forever," says Trupiano. He says he is looking for new digs in which to revive the club, downtown.