Rushing Molina into Line Up Could Be Huge Mistake

Sports columnist Bryan Burwell wrote this morning about why the Cardinals shouldn't rush Yadier Molina back into the lineup. The piece lays out a solid case for giving the battered catcher all the time he needs to come back from his concussion. All in all, a great article with an excellent premise.

The only problem is that, just a couple of days before, there was another print column, written by Bernie Miklasz, that had an entirely different premise. The premise of this particular piece was that Yadier Molina's toughness embodies perfectly the spirit of the 2008 St. Louis Cardinals. His heroic effort in holding on to the ball after he was flattened is everything good about this Cardinal team. Also quite a good read, with a solid idea behind it.

The problem, of course, is that both of these articles are completely right.

No, I'm not here to question the Post-Dispatch's consistency (we'll save that for other RFT writers). What I want everyone to see, though, is that even in the same paper, the very culture of hero worship, particularly for those who put themselves at risk and play through pain and injury, exists side by side those who quite sensibly decry it.

So what is an athlete to do? 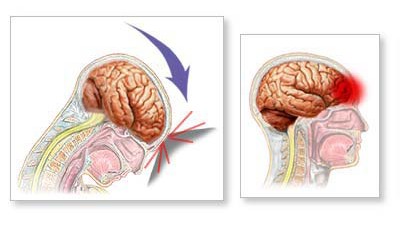 We do, of course, admire those who play through injury, even as we try to keep some perspective on the situation and hope that the club will do the same. If a player is seriously hurt, he should sit. Period. No matter how admirable, he doesn't need to be on the field.

According to the most recent news coming from the Cardinal brass, Yadi has had a stunning turnaround. Nobody can believe he's already feeling as well as he is. It's nothing short of miraculous. It now appears almost certain that Molina will avoid time on the DL.

Can I just tell you how bad of an idea I think this is? We say concussion, what we really mean is that this individual has a bruised brain. That's pretty goddamned serious, regardless of how fine the player appears to feel.

When a player suffers an injury to his brain, that's a hell of a lot more serious than the way it's treated. Concussions are potentially life altering events. The risk goes up each time an individual suffers one. Baseball needs to stop pussyfooting around the issue on this one. A player has a concussion, you sit him the fuck down.

You're playing with men's lives here. Somebody needs to step up and do the right thing, before it's too late to do so.