I-70 Series Preview: Royals vs. Cards

When the Cardinals play the Kansas City Royals tonight in the first of a three-game series, they will see team that's a work in progress. Seems like we've been hearing that for a lot of years now, doesn't it? There is, however, one real difference now as opposed to years past. 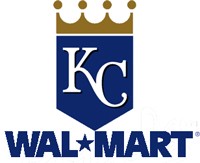 The franchise's players have been treated like Wal-Mart merch, sold off at low prices.

For years, it's seemed as if the Royals have been in a constant state of rebuilding, with each year bringing a promise of new, young players who are going to compose the future nucleus of Kansas City baseball.

Unfortunately, it's also seemed as if each new crop of players eventually turned into just another lesson in why the Wal-Mart way doesn't work when it comes to professional athletics.

Kansas City owner David Glass, one of the early driving forces behind the discount chain, treated the team as his very own bargain store, maintaining a policy of continually trading off players long before they even considered becoming expensive, while refusing just as strongly to invest into the farm system. All the while, Kansas City fans have been the ones to suffer, enduring some of the worst baseball in all the game.

It now appears that the Royals' troubles may begin to change. The ownership group finally appears to be ready to make a true commitment to winning, with an improved farm system and, more important, a front office that knows what it's doing.

Dayton Moore, formerly a farm director in the Atlanta Braves' farm system, now heads up the front office, serving as senior vice president of baseball operations and general manager. Moore is one of the smartest baseball men in the game today, and he seems to have things going in the right direction. Under his leadership, the Royals have begun to build a team that looks as it may have a bright future.

The Royals have announced their intentions to contend for top talent as well. Perhaps the most important move the club has made in the past few years was the signing of Gil Meche to a big-money, three-year deal before the 2007 season.

One of the big-name free agents of that offseason, Kansas City brought in Meche to serve as an anchor to their starting rotation and also as a way to announce their presence, to prove to the rest of baseball that they were willing to spend in order to get the players they want.

So far their investment in Meche has brought mixed returns. He had an outstanding season last year, posting a 3.67 ERA while leading the team in both starts (34) and innings (216). His record was still not great, at 9-13, but that had far more to do with the quality of the team behind him than the way Meche pitched.

This year, though, Meche has struggled badly early, going 4-8 with a 5.12 ERA through his first 15 starts. Still, the idea behind signing him was a sound one, as he has proved to be a durable, solid starter leading a rotation that's still very much in the embryonic phase.

The future of the Royals franchise stands at third base, in the person of one Alex Gordon. Gordon, playing in his second full season, was drafted out of Nebraska and appeared nearly a finished product, as he won the NCAA Player of the Year Award and the Minor League Player of the Year award in back-to-back years, becoming the first player to ever do so.

Gordon's bat hasn't developed as quickly as was hoped, though, at the major-league level. He hit just .247 last year and struggled to get on base, posting just a .314 on-base percentage. He's improved on those numbers this season (going .269/.346, with a .413 slugging percentage), but the Royals are still waiting for Gordon to grow into the superstar they expect him to be. He has all the tools, drawing comparisons to a young George Brett, but he hasn't been able to get into a consistent groove.

Other than Gordon, you may not be as familiar with the rest of the young talent the Royals field on a nightly basis. Here are the rest:

David DeJesus: Their center fielder and leadoff hitter, DeJesus has emerged over the last couple of years as a solid top-of-the-order hitter, with speed, contact ability and even a little bit of power. His .358 on-base percentage is decent but not outstanding, so his value lies largely in his ability to be creative at the top of the order.

Mark Teahen, the former Oakland Athletics farmhand, has struggled this year after looking like a future All-Star the past couple of seasons.

Truth be told, aside from those two players, the Royals don't really have a whole lot to write home about on offense.

Billy Butler, long seen as Kansas City's designated hitter of the future, has struggled badly this season in his first taste of the big leagues.

Veteran second baseman Mark Grudzielanek, who is, of course, well known to Cardinal fans from his 2005 stint with the club, and perennial problem child Jose Guillen have been probably the Royals' two most consistent offensive performers.

Where the team does have some talent to be truly be excited about is on the pitching side. Anchoring the rotation, of course, is the aforementioned Meche, who still brings a power repertoire to the mound.

Grienke is the most talented member of the group, and –- wait for it –- one of the most talented pitchers in all of baseball. Brought up to the big leagues long before he was ready, Grienke suffered through the darkest of times in Kansas City, going so far as to consider retirement owing to personal issues. He appears to have put all that behind him now, as he is fast becoming the pitcher many projected him to be when he was drafted. Grienke brings power stuff and a finesse pitcher's feel to the mound, and he's had the results to back it all up this season, posting an ERA of 3.48.

Hochevar, one of the more celebrated draft holdouts of the recent past when he refused to sign with the Los Angeles Dodgers after being drafted in the supplemental round of the 2005 draft, is still very much a work in progress. He's struggled with his control this season, walking 32 batters in 65 innings, as he hasn't been aggressive in attacking hitters. Personally, I think Hochevar is hugely overrated, but lots of very smart baseball people disagree with me.

The last two pitchers in the KC rotation are very similar. Bannister and Davies are both imports, Bannister coming from the New York Mets and Davies from the Braves organization. Both are right-handers without overpowering stuff who get by on guile, deception and commanding their repertoires.

Davies, the pitcher the Cards will face tonight in the series opener, came up to huge fanfare with the Braves a couple of years ago, absolutely dominating after his initial call-up. He soon, however, began to struggle, and things have been going downhill for him ever since. He's had health problems, with his elbow being the main culprit, and simply hasn't been able to perform at the major-league level. But he's stepped in just recently and done a nice job of helping to stabilize the back end of the rotation, going 2-0, with a 1.53 ERA in his first three starts. There's still plenty to like about Davies, who's still only 24 years old, and it looks as if he may be ready to live up to the billing he gained in Atlanta as a fast-rising 21-year-old.

Despite the talent, this is a team that began the season with Hideo Nomo, the Japanese pitcher who had been out of baseball for several years, on the roster, so it obviously isn't quite there yet. There are still plenty of holes here, but the direction of the team finally looks to be good. The bullpen is much improved, and there is a fresh wave of talent in the minors that looks to be only a season or two away.

The rebuilding certainly hasn't been easy, and it probably hasn't occurred as quickly as the Royals would have liked, but it appears Kansas City may finally be ready to begin working its way back toward respectability in the American League.