Vashon High School today was stripped of three state championships in basketball for recruitment violations and use of ineligible players. The school was also forced to forfeit five seasons' worth of games for the years 2000-'01 and 2002 through 2006.

The ruling by the Missouri State High School Activities Association, the state agency that governs high school sports, came during a closed session of the association's board of directors this morning in Columbia.

"It's what I expected," says Sam Dunlap, athletic director of the Public High League, in which Vashon competes. "Violations happened; the rules were applied."

Dunlap declined to say whether he thought the ruling is fair. "Any time you have something like this, it's not a happy day," he says.

"Like Sam said, we had a feeling it was going to happen" adds Keith Northway, Vashon's athletic director the past two years. "I have no other comment." 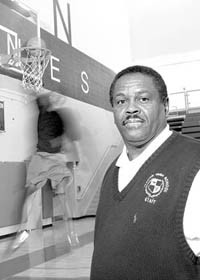 At MSHSAA's April board meeting, St. Louis Public Schools officials reported to the agency that Vashon had fielded at least five ineligible players over more than five years, owing to residency and recruiting violations under Floyd Irons, who coached the team from 1973 until 2006. At the April meeting, the high school waived its right to any appeals and asked for punishment to be levied. 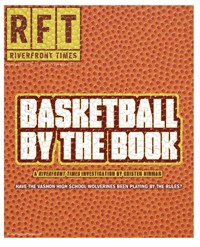 Vashon's admissions came after an eighteen-month investigation that began in November 2006, soon after Riverfront Times published numerous apparent eligibility violations over a ten-year period in the opening installment of the paper's "Basketball by the Book" series. The article prompted Kearney High School's principal Daryl Rinne to request that MSHSAA investigate. Kearney lost the 2004 state title to Vashon.

In a prepared statement, MSHSAA board president Don Edwards today acknowledged the long duration of the agency's inquiry.

"There have been many aspects of this investigation that had to be looked at with great care and without a rush to judgment," said Edwards. "Our task was to determine what could be substantiated and corroborated with credible information while keeping the school involved throughout the process. The length of the investigation reflects the desire of the association to be as thorough and fair as possible."

The paper-and-box company that's at the address listed by one of Irons' former players as his residence.

MSHSAA, meanwhile, still refuses to identify the six ineligible Wolverines because of federal privacy laws. A phone message to Vashon's principal, Barbara Sharpe, has not yet been returned.

The titles to be forfeited and awarded to the three runners-up are:

2004: Kearney Highs School will be recognized as the new state champion.

MSHSAA has instructed Vashon to turn over to the agency all awards and trophies.

When I called Kearney principal Daryl Rinne this morning and informed him that his school was the new 2004 state basketball champion, he sounded thrilled.

"Our coach will be very happy," says Rinne. "He's going to get together the former players from that team and have a get-together acknowledgement as state champs."

Adds Rinne: "You do feel sorry for the kids [from Vashon] that took part, but at the same time we're all supposed to play by the same rules. We thank you for doing the undercover work on that, and we thank MSHSAA for following through on what they're supposed to do."

Floyd Irons, who led the Wolverines to ten state titles, could not be reached for comment.

In March, the 60-year-old former Vashon coach was sentenced to twelve months in federal prison for pleading guilty to mortgage fraud. According to his attorney, Rick Sindel, Irons reported to the minimum-security "camp" at Marion, Illinois, at the end of May.