June Will Be Tough Month for Cardinals

Strange how quickly that optimism just faded away, isn't it?

The Cards were on the verge of taking three of four games from the Pirates, going 5-2 on the home stand, and heading out onto the road riding a wave of momentum. Suddenly, in the space of about ten minutes and an equal number of pitches, they were looking at a deficit, a series split and a bad taste left over from the end of the home stand.

A situation like last night has happened once before. Back on the seventh of May, to be exact. The Cardinals were in Colorado, playing in the third game of a four-game series. They had gotten off to a magnificent start in the series, winning the first two games, and were leading at the end of the seventh inning of the third game. Wainwright had been the starter for that game, too, and had hurled seven shutout innings. 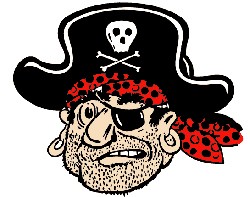 In the space of about ten minutes and an equal number of pitches Monday night, the Cardinals were looking at a deficit, a series split with the Pirates and a bad taste left over from the end of the home stand.

Having thrown 106 pitches, Adam's night was over, and La Russa went to the 'pen. By the time the eighth inning was over, the Cardinals were down, the bullpen having collapsed and allowed the Rockies to jump ahead. Colorado went on to win that game, Kyle Lohse self-destructed the next day, and the Cards had to settle for a series split. Unfortunately, the Cardinals then proceeded to struggle in Milwaukee, with the bullpen continuing to be a sore spot.

So, here we are again. Almost the exact same situation, although this time Wainwright got hammered late, rather than the bullpen. The Cardinals now depart for a long road trip, leaving home on a sour note.

How the Cardinals handle this latest setback may very well end up having a huge impact on whether this team is really a contender.

The road trip begins tonight in Washington, at the Nationals' brand-new ballpark. It's a good thing Washington has an exciting new stadium, because there hasn't been a whole lot else to cheer about in Nationals country. This should be a good opportunity for the Cardinals to make some hay against a weak team with a terrible pitching staff. Hell, the Cardinals will see Odalis Perez, Albert Pujols' personal whipping boy, in the first game of the series. If ever a series looked to set up nicely, this is the one.

Of course, none of that will matter if the Cardinals can't put last night's heartbreak behind them. Last time they had such a sudden reversal of fortune when they thought the wins were already in the bank that it sent the team into a tailspin. If the Cards can avoid a similar skid this time, they may stay in this race, though the Cubs no longer seem to be able to lose. If they end up falling apart again this time, the Cards may very well find themselves looking at a substantial deficit in short order.

June promises to be a tough month for the Cardinals. They're on the road almost the whole month (only nine home games). They are playing against some of the toughest teams in the league. The month is off to an inauspicious start, to say the least. We're going to learn a lot about this team in the very near future. Let's hope they hold it together better than they did a month ago. If not, by the end of June, we may see this team in the position most of us expected them to be in: out of the race.