In a wide-ranging and pretty interesting interview at The Big Lead, Buzz Bissinger, author of Tony La Russa hagiography 3 Nights in August, mans up and apologizes for going off on Deadspin.com founder (and St. Louis homeboy) Will Leitch. 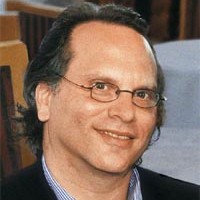 Bissinger had interrupted Leitch as he was responding to Costas' initial question, asserting that the Deadspin-ner is "really full of shit." Here's a link to the fracas (more after the jump): 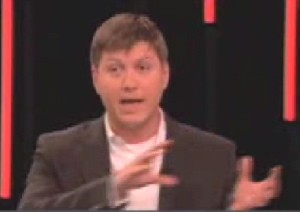 Click the pic to see the Leitch (pictured)-Bissinger fracas.

On The Big Lead, Bissinger cops to his mistake pretty much, er, right off the bat:

When I came home from New York, my wife simply told me that I had been over the top and undignified. Then I started reading emails sent to me. The majority were predictably vindictive — dickhead, horsefucker, douchebag, windbag, ugly, stupid, etc. But what struck me far more is that many of the emails were smart, not laced with personal invective, and made cogent points about sports blogs and the Internet. It was also abundantly clear that I had disappointed people who had been fans of my work. That hurt terribly. They were also right.

I made a terrible mistake in the manner in which I said it. I am a man of passion and my passion truly got the better of me. I should have considerably toned it down, in particular in terms of my treatment of Will Leitch. Without going into details, I have taken steps to remedy that. I have also publicly apologized on several radio shows that have been widely disseminated. Those apologies are sincere, just as my passion was sincere if terribly misplaced. I treated Mister Leitch like the worst kind of blogger.

Here's what Leitch had to say in a postmortem.