What a weekend. Here's what you missed:

The Alice Rose of Austin, Texas played Friday night at Lemmons in South St. Louis. Click over to A to Z to read more.

On Friday night, the wind was whipping down Washington Avenue, but that didn't stop the club crowd from heading out. Here's a recap from Joseph Olk:

Friday Night and It's Windy

It is 10 p.m. on Washington Ave. and it's colder than it should be. All previous knowledge tells me that this is a cloudy night in mid-October, but my phone tells me it's the eleventh of April. I'll trust my phone.

Stepping into the Dubliner offers a reprieve from the wind. The Cardinals are on every television and the crowd is in a boisterous mood, we must be winning. A pair of Irish-accented gents, known as the Fleadh Brothers, are setting up in a corner; they will shortly be filling the bar with damned catchy Irish folk songs. When the music begins to play, the crowd is still wrapped up in the game, but as the mandolin and guitar start grooving heads begin to bob and feet begin to tap.

Exiting, I walk on down to the Flamingo Bowl; the night is still young for the bowling alley/martini lounge, but I need a drink and a martini sounds amazing. Not to mention, when I drink martinis I feel as though it is 1947 and some rich dame is having me snoop for her dead husbands killer. The bowlers up at the lanes run the gamut, as far as skill is concerned, and more than a couple drunken gutter-balls are thrown. I finish the olive and move on to figure out where the party's at.

Rue 13, has a hopping little thing going for a reasonable six dollar cover. That 80's Club is tonight's theme: projection screens showcase vintage music videos, girls with leggings cover the dance floor and more than a few people had hairstylists inspired by A Flock of Seagulls. Surprisingly, discussions of Reaganomics are curiously absent. I do remember why Lionel Richie's “Dancing on the Ceiling" is something that is better left to 1986; come to think of it, I'm not sure if I dig anything he did post-commodores, “Three Times a Lady" seems like a ripe slice of hell. I'm not complaining though, Rue has cheap Pabst and that's good enough for me.

The next stop is Flannery's, where sports highlights pour from the numerous flat-screens. The bar is packed, but the noise level is such that you don't have to scream to have a normal conversation, its nice. Trivia is supposedly being played from some unknown local within the bar, aside from that, it seems as if the evening is winding down.

The last stop is The Royale, on Kingshighway, and as I walk up to the door (like some cruel joke) the bartender bellows last call, despite this its still wicked crowded. I step in and listen to the end of the set the DJ is spinning and by all accounts its fantastic, but now it's time to hit up Jack In The Box.

Electronic dance master Dan Deacon rocked the Billiken Club at Saint Louis University. For a full review and pictures of the party, check out Keegan Hamilton's pictures and concert review.

On a much softer note, Feist swooned the crowd at a sold-out show at the Pageant. Read the review here by Roy Kasten. 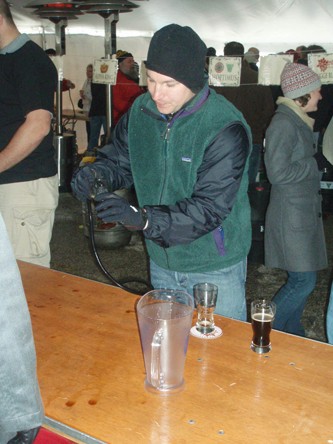 Saturday afternoon, hundreds got drunk, but for a reason! At the Schlafly Botteworks in Maplewood, the suds flowed heavily at the Repeal of Prohibition Festival. The brisk weather made it feel like fall, but the sight of bundled-up, daytime drinkers conjured thoughts of Mardi Gras. Only the party was held in a parking lot in quaint Maplewood. 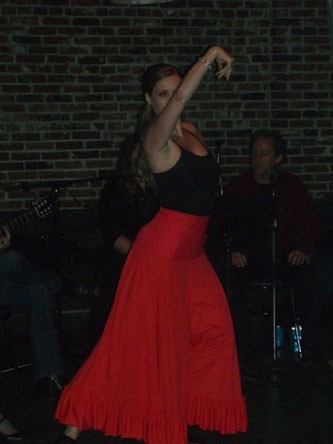 Flamenco dancers burned it at up Sol Lounge in Midtown. In store for tonight is a concert by DJ duo Sasha and John Digweed at Dante's. Read an exclusive pre-concert interview with the soft-spoken Brit, John Digweed here.