I got a link earlier this week from St. Louis Post-Dispatch managing editor Pam Maples, alerting me to the fact that the Los Angeles Times has apologized again for its Tupac murder story and -- literally this time -- retratcted it. 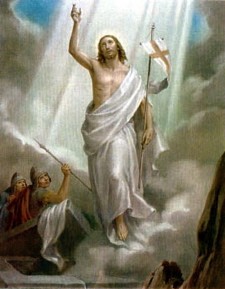 Last week I wrote wrote about a major correction published by the Post-Dispatch. The Post, I noted, had seemingly broken new ground by deleting the erroneous story in its entirety from STLtoday.com. The LA Times, meanwhile, had treated its correction in a manner more consistent with journalistic tradition, appending it to the top of the original story, which remained available online.

Judging from the text of the Times' second stab at addressing the controversy that flared up over its story, the first apology didn't satisfy lawyers for Sean Combs, whom the story implicated in the Tupac murder. Craig Silverman, who blogs about newspaper corrections, breaks it down at regrettheerror.com.

I talked to Silverman last week about the Post-Dispatch's correction.

He said he the Post-Dispatch deserves credit for being so forthcoming but that he prefers to see erroneous stories left online with corrections appended. "For the sake of the historical record, for the sake of even learning from the mistake, you need to keep what's there," he told me.

Sandra Baron, executive director of the Media Law Resource Center, says how to handle corrections in online publications is a matter that's still very much up for discussion. "I know publications are debating the value of leaving erroneous stories online," she says. "On the one hand, it's the historical record. On the other hand, online is constantly available." Baron adds that persistent online presence makes it difficult to do right by everyone involved -- the person or people affected by the error, the publication itself, and readers.

Baron, formerly in-house counsel for NBC, works for an organization of media lawyers and publications, i.e., people who are concerned with staying out of hot water. Silverman is a freelance journalist in Montreal, who also writes about workplace culture for the Toronto Globe and Mail. As he reiterates in his post about the Times and Tupac, his aim is to see papers come clean with the reading public.