Well, it's good to know that my jinx powers are in full midseason form already.

Yesterday, I called the Astros' rotation awful. I said there was a reason that you've never heard of Wandy Rodriguez. Last night, that same Mr. Rodriguez tossed up zero after zero.

I made fun of how much the Astros gave up for Miguel Tejada. Then he hits the walk-off home run in the bottom of the ninth.

The only thing I stand by was my comment about the end of the Astros' bullpen. I'm just not a big fan of Jose Valverde. I think the Stros traded away two superior relievers and ended up with a mediocre pitcher with a propped up save total instead.

Todd Wellemeyer pitched fantastically, though. He set a new personal best in strikeouts for a game, with seven, and walked only one batter. The K's are nice, but the lack of walks was really the difference. If Wellemeyer can keep his base-on-balls numbers down, he can be a serviceable starter. Personally, I don't know if that will happen, but it's absolutely the biggest thing going forward to look at with Welley.

OK. Yesterday, I jinxed us. So let's try this again. 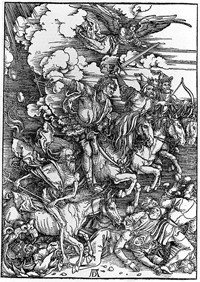 The mighty middle of the Houston lineup. From left, Carlos Lee, Hunter Pence, Lance Berkman and Miguel Tejada.
Tonight, the Cardinals will play the Houston Astros in the second game of a three game series. The Astros are, far and away, the strongest team in the National League this year. They have a magnificent offense, with professional, high quality hitters from top to bottom. There's virtually no way that a Cardinal pitcher can possibly hope to successfully navigate such a lineup. Get ready for some pain, folks.
wikipedia.org

The Houston pitching rotation, combined as one.
It doesn't get any easier on the mound, either. The Stros will send out Shawn Chacon tonight, a ridiculously talented right-hander who's finally ready to put it together this year in H-Town. Chacon can be virtually unbeatable at times, and the Cardinals will have their work seriously cut out for them if they hope to get anything going against this dominating righty.

Once the Astros' bullpen gets involved, it's really time to worry. Enough said. I don't even want to consider the horrors that the Birds will be dealing with tonight.

Bottom line, this Astros team is an absolute monster. The Cardinals are going to have serious problems getting anything going against this team, either offensively or with the pitching. Better bunker down, everybody. It's going to be a rough one.

There. Let's see if that works any better, shall we?