Basketball by the Book: Floyd Irons Déjà Vu All Over Again

Headlined "Inquiry into player eligibility leaves Vashon's titles at stake," Hunn's story outlined how the Missouri State High School Activities Association (known as MSHSAA) has opened an investigation into the eligibility of more than a dozen Vashon students who played under Irons since 1998. Vashon won five state championships since then, in 2000, 2001, 2002, 2004 and 2006. MSHSAA officials, Hunn writes, are looking into "whether players lived within Vashon attendance boundaries, were registered at the correct addresses or were improperly recruited."

For a link to Kristen Hinman's "Basketball by the Book" series, click the image above.
Hunn bases his story on "documents obtained by the Post-Dispatch."

That phrase has a nice ring to it, doesn't it? Always puts you in the frame of mind that you're reading Something of Great Importance.

So what was missing? That would be the part where the Post credits RFT for exposing precisely those eligibility violations. Because what Hunn doesn't say is that MSHSAA undertook that probe as a direct result of Kristen Hinman's 2006 investigative series "Basketball by the Book."

In fact, it wouldn't be a stretch to say that for all practical purposes, Hinman's story -- which went on to garner journalism awards from the National Association of Black Journalists (NABJ) and the Education Writers Association (EWA) -- goaded MSHSAA into undertaking that probe.

[Update 2/7/08 2:30 p.m.]: I neglected to mention that if you want to know which players MSHSAA's investigating, you need look no further than this chart, which we published with the first installment of "Basketball by the Book," way back in November of 2006: 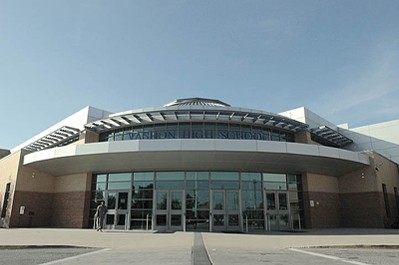 To download in pdf format, right-click on the chart above.