SLU Police Don't Need to Get Fit After All

Saint Louis University has flip-flopped on a sweeping change it made within its campus police department earlier this year. In May the school began requiring all public-safety officers to pass an annual doctor's physical and fitness test as a condition of continued employment. Last week the university slapped a moratorium on the controversial fitness-test component. 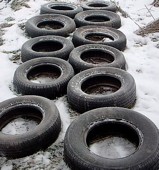 According to spokesman Clayton Berry, SLU's new director of public safety and emergency preparedness, Sam Simon, made the change "as he examines SLU's overall safety and preparedness needs."

As we reported in August, the employment policy caused some dissension among the ranks of longtime SLU police. Off the record some officers indicated they were considering pursuing legal action against the school. No word now on the record if that's still a possibility or if SLU made the change because it was facing a lawsuit. Apparently at least two officers who went on leave in the wake of the new guidelines were invited to return to work now that the moratorium is in place.

"I'm happy for the guys," says Mark Cutelli, a veteran officer who is out on medical leave for reasons unrelated to the new policy.

The fitness test consists of an obstacle course that officers must complete in under four minutes and eight seconds. It's the same one St. Louis Metropolitan Police Department officers take annually. If you're interested in the nuts and bolts, you can watch a video of it by clicking here and then choosing "DPS Fitness Test" from the menu on the left.

By the way, a comparison of SLU's crime stats and those of Washington University and the University of Missouri-St. Louis shows SLU is the safest of the three campuses in the area.