Okay, the tree is not the most significant part of the controversy over University City’s plan to build a driving range on the Ruth Park municipal golf course. 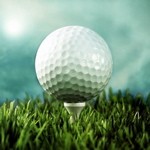 Perhaps more significant is that the 76-year-old, nine-hole golf course has been losing money for the city for the past decade and that U. City's Department of Parks, Recreation and Forestry hopes that a driving range will generate some much-needed revenue -- an estimated $138,000 per year. The driving range would be installed at the southern end of Ruth Park, along Groby Road, in what is now a free practice area.

Or perhaps it’s that the city’s plans have enraged some residents who live near Ruth Park. They’re upset about the bright lights the driving range will cast at night, and the potential for more traffic. They think the city has not done sufficient research into the impact the driving range will have on the rest of the neighborhood, and they're peeved that members of city council voted to go ahead with the plan without consulting their constituents. Then there’s that agreement the city made with Clayton: Clayton will contribute $30,000 toward the cost of the driving range and Claytonites will be able to hit balls at U. City resident rates. What will U. Citizens get in return? Will this set a dangerous precedent for other towns that want to take advantage of University City’s facilities?

“They’re acting recklessly with taxpayer money,” says David Rubin, one of the leaders of the Ruth Park Preservation Committee (RPPC).

Next week U. City parks director Nancy MacCartney plans to submit a grant proposal to the Municipal Park Grant Commission of St. Louis County, which allocates $3 million annually to improve the county’s parks. In the past, University City has received grant money to build tennis courts and install playground equipment in Heman Park and to purchase fitness equipment for the Centennial Commons facility.

MacCartney says the parks department has been planning the driving range since 2004. Last week she sent a letter to residents of the neighborhood around Ruth Park that was intended to allay the RPPC’s concerns. The lights, the letter said, will shine downward onto the ground, not upward. The driving range will have only 25 hitting stations; in addition to the existing clubhouse parking lot, there are 40 parking spots along Groby. Furthermore, MacCartney adds, U. City has been negotiating with Clayton to allow U. Citizens use of the Shaw Park Ice Rink.

The RPPC is not buying any of this and has planned a letter-writing campaign to raise public awareness and, they hope, opposition to the driving range. It has also hired a lawyer.

The oldest tree in University City lies in the middle of the proposed driving range. MacCartney promised the tree would not be cut down. Instead she proposed that the tree be surrounded by a protective fence and that a target be placed on said fence. Anyone who hits the target will receive a free bucket of golf balls.

The RPPC was outraged.

“There are driving ranges with the most amazing hazards. I’ve seen lakes,” MacCartney protests. “It has been turned into a sacrilegious statement.”